Just when you thought Adam Plimmer’s career as an Optician was finished, he has shown his persistence by changing the sign on his store from “King West Opticians” to “Adam Paul & Associates Opticians”. His new sign is even using the same black and white colour scheme as his next door tenant, who is an Optometrist and has no affiliation with Adam Plimmer. It almost looks like he wanted the two stores to look like one in order to attract unsuspecting customers.

When half the world has seen you freaking out on camera, you need to do everything you can to stay in business. As Adam Plimmer told Peter Silverman in a video a month ago, “Any advertising is good advertising” after his King West Opticians store was featured on TV for selling fake Gucci and Oakley frames.

This week Plimmer’s store was featured on CNN with Anderson Cooper. I walked by a few minutes ago to capture a picture of his brand new sign. I also found this mug shot, could it be him??? 😉 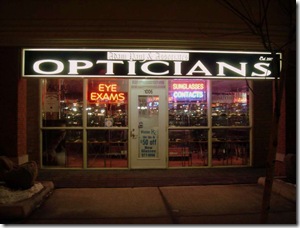 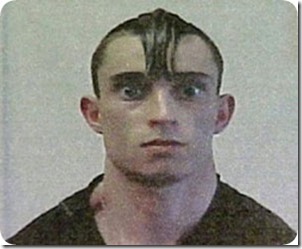