Camp-X was a secret agent training camp in Whitby, Ontario that was established by the British Special Operations Executive (SOE); a branch of the British MI6 during World War II. The original intent of Camp-X was to secretly recruit Americans to become British spies since Americans were forbidden from becoming involved in the war. Ironically, the camp officially opened on December 6th, 1941; the day before Pearl Harbour was attacked by the Japanese.

I found out about Camp-X around 6 years ago when I was attending College in Hamilton while conversing with World War II veterans at the Hamilton Royal Light Infantry Museum. Two years ago I posted a blog entry about one of my favourite books entitled “Almost”. The author, Joe Gelleny was raised in Welland, Ontario before being recruited as a secret agent and training at Camp-X at 20 years-old! The BSC also had an office during World War II at 25 King St. West in Toronto, the same building I worked at last year before I left the bank.

At the camp, agents were trained on the art of unarmed combat, silent killing and use of explosives. They were also trained on how to avoid detection, and they spent a considerable amount of time on how to disguise themselves. Their training also included parachute jumping, and agents were sent to Toronto and Oshawa on training missions. In the book “Almost”, Joe Gelleny describes a training mission in Toronto:

“At Camp-X we were trained to live by our wits, in any circumstance. On one occasion, I was briefed and dropped off in Toronto, dressed in the uniform of a German soldier. My assignment was to take photographs of war material production factories. If picked up by the Toronto police, I was expected to be able to talk my way out, without having to resort to calling the SOE number in my wallet. I passed. A variation was to create a disturbance at a restricted site such as an arms factory and avoid being nicked by the constabulary. It was routine to be dropped in groups of six into an unfamiliar or isolated location, armed with map and compass, to find our way back to Camp at a precise time, without civilian assistance of any kind, including hitchhiking.”

My blog entry 2-years ago attracted the attention of author Lynn-Philip Hodgson whom I had the fine pleasure of meeting along with his wife Marlene yesterday at the Lynn-Philip Hodgson Camp-X Collection in Port Perry. Lynn has spent half of his life researching and spreading the word to preserve the history of Camp-X. He is the author of the book “Inside Camp-X” (Also available on Amazon.com), and several other books that make up the Camp-X collection. (He’s also a co-author on the book “Almost”).

I asked Lynn a few short questions about Camp-X that I wanted to share:

Q: Urban Country: If you were born earlier and offered a job as a secret agent, do you think you would have accepted?
A: Lynn-Philip Hodgson: I have been asked this question many times and knowing what I know now, I can say that I don’t believe that I have the right stuff to be a secret agent. Then again, I’m 61 years old now and I certainly might have had a different approach to this question when I was 20.

Q: Urban Country: Did the famous James Bond writer Ian Fleming go through training at Camp X?
A: Lynn-Philip Hodgson: Yes, it has been verified by Tommy Drew Brook, Canadian Director of the BSC and by Ian Fleming himself in his autobiography. See evidence at: http://webhome.idirect.com/~lhodgson/ianfleming.html

Q: Urban Country: What level of impact do you believe Camp X had on the outcome of World War II?
A: Lynn-Philip Hodgson: My personal opinion is that it did make a significant difference. Sir Colin Gubbins wrote to Winston Churchill after the war advising him that the efforts of the SOE, cut the duration of the war by as much as 1 year and saved over 1,000,000 lives.
See:
http://webhome.idirect.com/~lhodgson/soesuccesses.html
and : http://webhome.idirect.com/~lhodgson/french.html

Q: Urban Country: If someone is interested in learning more about Camp X, where should they begin to look?
A: Lynn-Philip Hodgson: Start with the Internet and then read all of the books that have been published on the subject.

Q: Urban Country: Out of all the people you have met who trained at Camp X, who has the most interesting story to tell?
A: Lynn-Philip Hodgson: Both Joe Gelleny (Gordon) and Andy Durovecz (Daniels) had fascinating stories as they were both trained at Camp-X and went on separate missions and both were captured by the Gestapo.

Q: Urban Country: How much interest does the general public in Canada have about Camp X?
A: Lynn-Philip Hodgson: There is a tremendous interest in Camp-X from the public as a whole. Canadians are very proud of the accomplishments of those who served there and the fact that this top secret school was right here in Canada.

Q: Urban Country: If you were trained at Camp X, what do you think your specialty would be?
A: Lynn-Philip Hodgson: No doubt my specialty would have been silent killing. If I am going to go behind enemy lines knowing that if I’m caught I’m finished, I want to excel at unarmed combat.

Q: Urban Country: What can we do to help preserve the history of Camp X so that it doesn’t fade in time?
A: Lynn-Philip Hodgson: Continue with your interest in Camp-X and do not stop telling people about it. We must pass the message on to future generations about the wonderful accomplishments of those who worked and trained at Camp-X

Here are some photos I took of the Camp-X collection as well as the Camp-X site, which is now named “Intrepid Park”, named after Sir William Stephenson. For more photos, see the photo gallery section on Lynn’s Camp-X site. Included in Lynn’s collection was a “James Bond” type gadget that appeared a normal black comb, but when broken, the agent would find a compass inside. 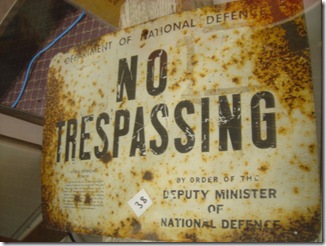 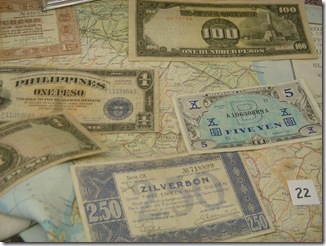 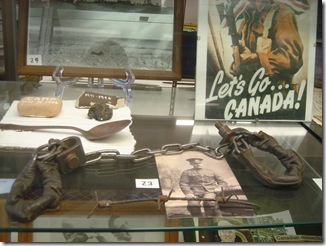 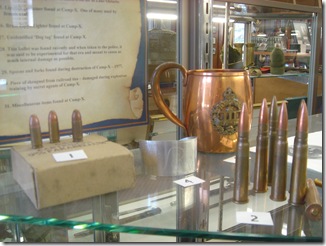 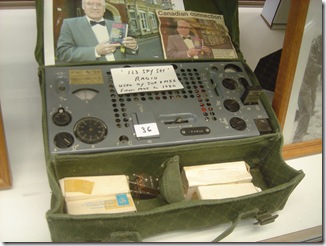 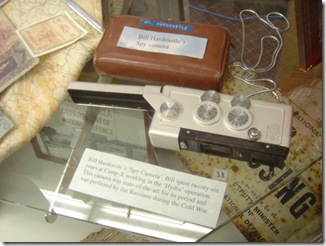 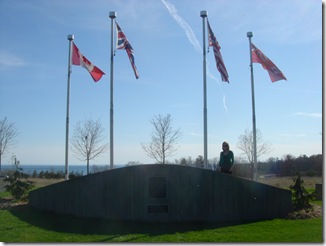 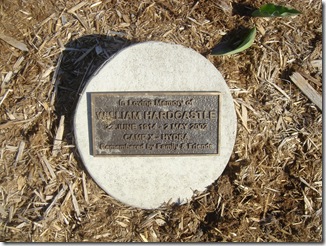 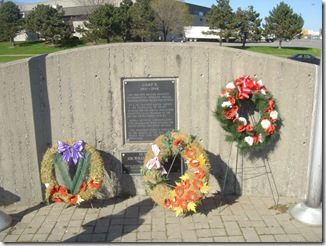 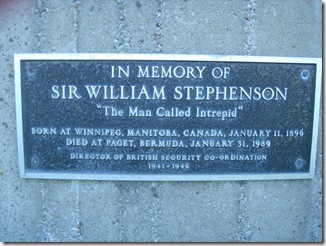 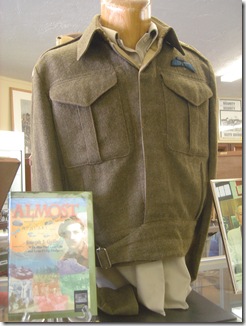 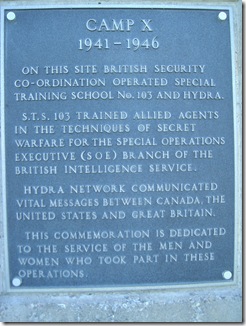