A couple days ago I found about this unique park they are building in Lower Manhattan called “The High Line“. Basically the High line is a 1.5 mile elevated abandoned railroad track that hasn’t been in use since 1980. Instead of tearing it down, neighbourhood residents Robert Hammond and Joshua David started the community-based group “Friends of the High Line“.

Their goal is to make a “natural oasis” out of the former railway track. Friends of Manhattan is “dedicated to the preservation and reuse of the High Line, a 1.5-mile-long historic elevated rail structure on the West Side of Manhattan” Watch the High Line Film, or view the preliminary design.

I think it’s a great idea, and it’s apparently attracting international attention. The most appealing thing to me about it is the fact that it’s elevated, thereby offering a great view of the city. One thing I love about driving in to Toronto is the elevated Gardiner Expressway is a great way to see the city. They used to talk about burying the highway (like in Boston), but you would lose the spectacular view you get when driving to the city. The view actually gets me excited when driving into a city.

Natural parks are one of the most important things you can have when living in a world of concrete. Visiting High Park (Toronto’s Central Park) is one of my favouritie past-times.

Isn’t it funny how when I lived in the country I’d spend most of my time either in my house or in my car. But now that I live in the city I cherish the outdoors and spend as much time as I can outside? Out in the country I couldn’t walk anywhere because everything was too far; biking was too dangerous on the narrow country roads, and if you didn’t have a car you were stuck at home. Living in the city allows me the opportunity to walk everywhere, bike anywhere and I know this sounds contradictory but I think it brings me closer natural than when I lived in the country and was so dependent on unnatural machines.

My dream is a world of Urban Countries where humans can share resources, become independent of limited natural resources, with religious and racial tolerance and respect for others.

On the topic of nature, Han and I built our first garden a few weeks ago, and the vegetables are already flourishing. I can’t wait to eat vegetables from our own garden for the first time.

Who says you can’t be a farmer in the city? 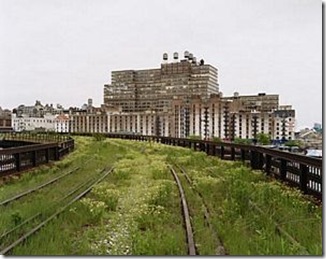 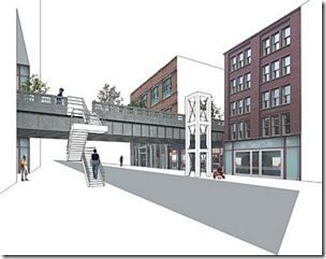 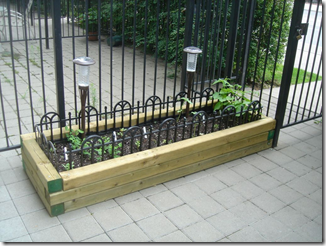 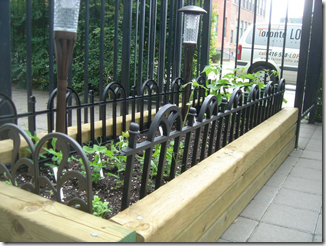 High Line Photos courtesy of Friends of The High Line