Do you guys have Lakeport?

Last night I came home around 1:00AM and let Mojo outside to pee. As she was peeing, someone threw an empty bottle of beer from their balcony that landed 10 or 15 feet away from Mojo and I. It hit a tree on its way down but landed safely on a pile of snow.

I’m not a big fan of people throwing beer bottles off the balcony, or even smashing beer bottles in general, so I decided to be confrontational. I looked above me to see who might have thrown it. Just 2 units above me, there were people smoking on their balcony. So I washed the beer bottle, put it in my back pocket and took the elevator up and knocked on their door.

I didn’t want to make my intentions obvious, so at first I made some small talk and asked them how their night was. Then I asked them if they had any Lakeport beer. The guy replied that he didn’t have Lakeport but he had Stella and a couple other types of beer there. He almost seemed like he was offering me a beer, probably thinking I had run out. So then he asked why I was looking specifically for Lakeport beer, so then I told him that someone had thrown a bottle that came close to hitting me when I let my dog outside.

Strangely enough, I remembered that my friend Steve whom I had gone to school with told me about a year ago that an Asian buddy of his moved into a unit directly above me, but I couldn’t recall which floor it was. So I asked him if he knew my buddy Steve and as it turns out he is Steve’s friend and he had known about me as well through Steve. I commented that it was an interesting way to cross paths. Since Steve is supposed to come and visit me next weekend, we’ll probably end up hanging out with Steve’s friend (my new neighbour).

After that I called off the search figuring someone must have done it intentionally and gone back inside to hide. For those readers who aren’t from the Toronto area, Lakeport is a “discount beer”. Sometimes you can tell a lot by the beer that someone drinks. 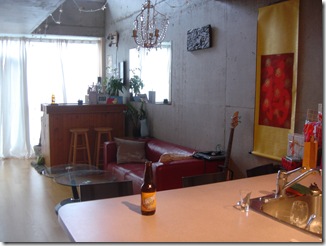 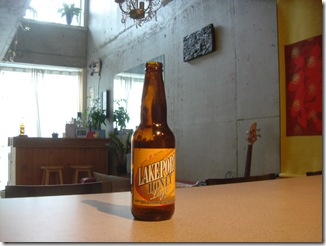