People will perhaps always oppose change no matter how good the change really is, but one understanding that has eluded me is why would anybody in their right mind oppose the use of wind as a source of electricity?

It’s completely clean, quiet, renewable, and windmills are nice to look at. What more could you ask for? Wind isn’t going away anytime soon and there’s nothing wrong with creating new jobs to build these turbines.

Last night a meeting was held in Toronto to discuss a plan by Toronto Hydro to place wind speed devices in Lake Ontario to assess the feasibility of building a wind farm 2KM offshore on Lake Ontario.

I heard through an “extreme environmental organization” (The David Suzuki Foundation) that people were opposed to this initiative.

I wanted to attend the meeting to find out why people would oppose this, but I had too many things going on with work and school.

I personally find the claim that the wind farm will spoil their view a bit ludicrous, but that’s because in my personal view, turbines are visually appealing. When I was on the lake kayaking this summer, one of the most visually appealing man-made objects I saw were the wind turbines at the Pickering nuclear plant (Especially in contrast to the ugliness of the nuclear reactors).

Wind is one of the most important sources of energy that we can invest in, and you’d have to show me a very compelling reason against it to change my mind. We need more renewable sources of energy, and opposing it will only keep us on the path that we’re already headed. 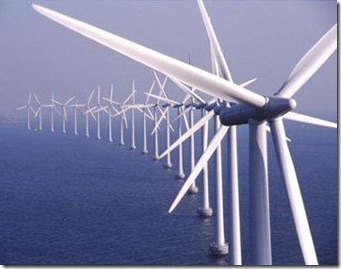