Technology: The Good and the Bad 1

Last night we rented a movie. When returning the movie this morning on my way to see the dentist, I was reminded how technology has helped us avoid mundane time-consuming tasks.

Just one decade ago, I might have been late for my dentist appointment if I realized that the previous night I had forgotten to rewind the VHS tape.

But ever since DVDs became mainstream in the late 90’s and early 2000’s the tedious task of rewinding a tape was no longer necessary.

I’m confident that humans are intelligent enough not to succumb to the form of extreme laziness illustrated in Wall-E, but the movie should indeed be a wake-up call for what could happen if we embrace technology for all of the wrong reasons.

In my opinion, we should be advancing technology to develop options for sustainable lifestyles instead of focusing on technology that simply makes us lazier.

Instead of trying to find a way to shoot our trash into outer space, we should be developing technology that helps to eliminate the creation of waste in the first place.

Unfortunately the application of technology in today’s corporate world is often to eliminate jobs and increase shareholder value. Fortunately, all it takes is a movement by consumers to force the corporations to make better choices.

Whenever we go shopping, we always have a choice and the Internet is a great way for companies to communicate/prove their commitment to sustainable living. 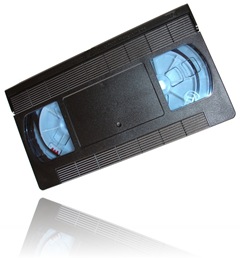 One comment on “Technology: The Good and the Bad”