After dropping off my “Big Brothers” brother Quenelle off at the subway station this evening, I was riding home on a bus when I came across a group of 6 kids who all appeared to be aged between 9 and 12 years old. Based on their attire, conversations and lingo, an observer would conclude that these kids probably belong to a gang; or perhaps they were just playing themselves up as “Gangsters”.

It really made me think about why kids would take that path in life. Quenelle is the same age as those kids, yet he is so different than them. I think it really depends on how you were raised, and who you associate yourself with at school that determines the probability of whether you will end up as a member of a gang.

But then I pondered what benefits you would get from belonging to a gang. I think joining a gang would be difficult to turn down if you grow up in an area where most kids you know belong to a gang. Joining a gang offers a similar benefit to becoming educated.

By joining a gang you are gaining knowledge, power, opportunities and a sense of belonging. Members attain vast knowledge from their fellow gang members (though most of it probably related to illegal activities). The kids on the bus talked as if they knew every detail about the Police Division we passed on the bus as well as names of officers who belong to that detachment.

By attaining knowledge, you also gain power within your locale of society, and opportunities are then generated with that knowledge and power. In most cases, the opportunities presented by belonging to a gang is more lucrative than the opportunities provided by more legit means. One of the other perks is the opportunity to greatly expand your network of contacts. That’s not something you can get as easily working at McDonalds.

But being in a gang isn’t as attractive as it sounds; many gang members will spend time in jail, and it’s not uncommon for members to get murdered. So why do they still do it? Because everyone around them is doing it, so it’s a way to feel like they belong to something.

Youth gangs are a problem in our society and I think youth programs are extremely important to educate kids and give them alternatives to joining gangs. Organized sports provide kids with an alternate choice as well as a sense of belonging. Youth programs where ex-gang members speak to younger kids are great, as are programs such as Kids Help Phone and Big Brothers.

The Toronto Police recently ran a program where gun owners could anonymously give up a gun and receive a brand new digital camera in exchange for their gun. They received over 1000 guns in this program which to me is a success, whether those guns were legit or not.

This may sound a bit cliché, but kids do hold the key to the future and it’s important that they are given opportunities to break away from being sucked into illegal activities that can only be detrimental to themselves, the community, the country and the world. 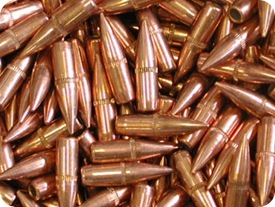