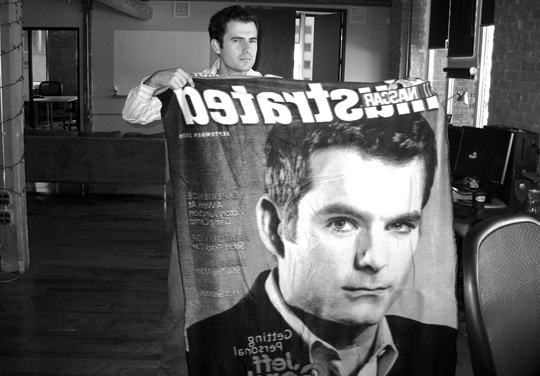 If rush-hour traffic levels are an indicator of economic prosperity, then Detroit is in very poor shape. I traveled through the Motor City on Friday at 5:30PM expecting a flood of cars leaving the city at the end of the work day – but instead there were very few cars traveling – compared to what I’m accustomed to here in Toronto.

Of those few cars that I did see, nearly all were North American brands. I’ve always been amused by Americans expressing their patriotism by exclusively  purchasing  “American-made” automobiles. But I wonder if they know that more than 1.2 million Toyota automobiles were manufactured in the United States in 2005. That’s almost as many automobiles as Chrysler manufactured in the US in the same time period.

I arrived at Michigan International Speedway on that Friday evening to spend the weekend with my brother, father and his longtime friends to attend Sunday’s NASCAR race – a tradition for my father for some 31 years.

NASCAR (National Association for Stock Car Auto Racing) was founded in 1948 by William France Sr. and operates as a family-owned business venture. It boasts 75 million fans and broadcasts in over 150 different countries.

You can imagine how difficult it must be for an environmentalist to support a sport that inherently emits a massive amount of greenhouse gases and pollution into our atmosphere. Other people have already calculated the footprint of NASCAR race cars – but for me the impact on the environment goes well beyond the cars themselves. From the thousands of massive bonfires at the track campgrounds, to the constantly running gas-powered generators that provide electricity for the tens of thousands of luxurious motor homes, to the 4 x USAF fighter jets doing a fly-by, to finally – the 5 MPG – 850-horsepower engines on each of the 43 race cars. Not to mention the fact that they brought in 43 x US Army Humvees to drive each race driver around the track for a ceremonial pre-race wave to the audience.

My goal this weekend was to highlight the environmental initiatives that I stumbled across at the NASCAR race (if any). The first encouraging sign came on Saturday at about noon. We purchased a hot dog from a vending booth at the track and it was served in what appeared to be a regular clear plastic container. As it turns out, the plastic container was made from corn and is fully compostable and biodegradable. In disbelief, I looked up the manufacturer of the container and found that the “Monogram Sustain” line of products was launched by U.S. Foodservice in late 2008 and appears to be a leading edge, sustainable method of packaging food. 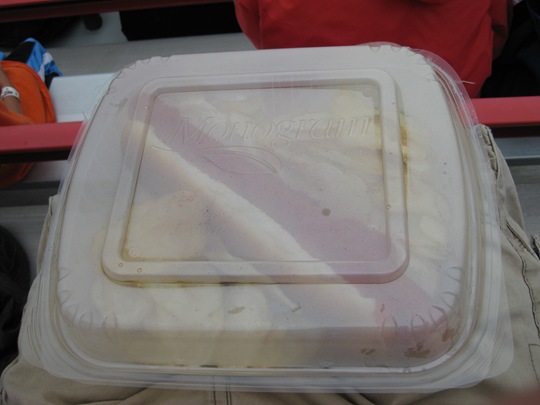 Another encouraging sign that didn’t exist 3 years ago when I last attended a NASCAR race was a “Green” sponsor. You see, each car has its own corporate sponsor that pay for the day-to-day costs of operating the race car in exchange for exposure to millions of American consumers. This year a NASCAR Camping Series truck driven by Steve Park is sponsored by Waste Management and I even witnessed race fans with shirts reading “My white is green”. It’s encouraging to see a sponsor that departs from your typical cigarette brand, liquor brand, or Hooters restaurant and actually contributes to the environmental movement.

Here’s a fun video of NASCAR fans walking down the ramps to exit the track:

The most bothersome aspect of the race for me personally – from an environmental perspective – was the large trucks, giant motor homes, gas-powered generators and other luxuries that NASCAR fans enjoy. At one point in the weekend I could hardly breathe because of the thick cloud of smoke resulting from the thousands of campfires. Coming back to the congested city yesterday made me feel like I was wearing an oxygen mask because the air is so clean relative to the track campgrounds. I do however concede that the smell of racing fuel from the cars at the track is extremely addictive. 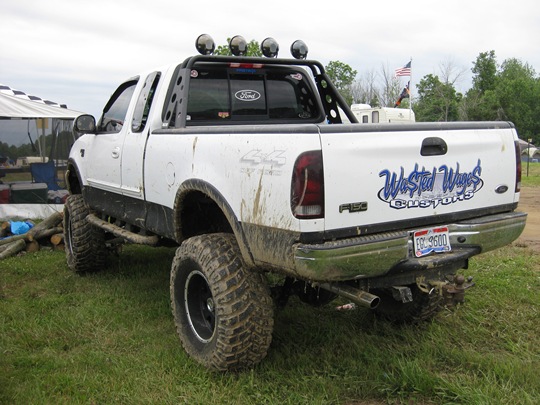 For the first time in decades, my father decided to rent a motor home this weekend – instead of our usual tradition of sleeping in a tent. It was very large and luxurious – I joked that it was bigger than my downtown Toronto loft. I couldn’t personally justify such a large carbon footprint in exchange for these luxuries for any reason whatsoever. Out of principle I wanted to sleep in my tent, but I didn’t want to offend my father whom I love dearly.

With green initiatives slowly absorbing into NASCAR culture, the future can only be more promising. NASCAR has in the past been slow to embrace environmental initiatives – its cars were using leaded gasoline until 2007 – but there are small environmental initiatives that are beginning to take shape. Formula One is actively working on green initiatives for its cars and Indy cars run purely on corn-based ethanol. NASCAR will eventually catch up in future years and The Urban Country will continue to keep NASCAR in check.

But when it comes to the majority of the fans – I have to agree with the sticker on the back of the truck in the photo above – wasted wages indeed.