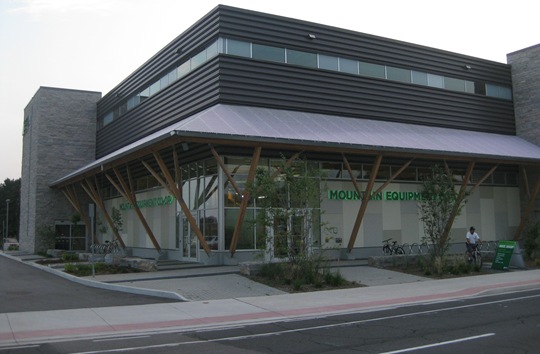 Mountain Equipment Co-op is known for its commitment to sustainability, but its new Burlington, Ontario store sets the bar high for retail store energy-efficiency.

For a company that diverts 92% of its waste generated at its stores and offices by recycling, composting and donating, it’s difficult to raise the bar even higher. But MEC – a co-operatively owned business – did just that with the opening of its Burlington store last November.

After learning about the high-tech features that earned this retail store a LEED Gold rating – the second highest standard in the LEED certification – I had to see it for myself.

So I hopped on my fiancé Han’s small-framed ladies commuter bike tonight and headed to my friendly neighbourhood train station. Sixteen dollars and ten cents bought me a return ticket to Burlington – a 56KM, 46-minute trip. I arrived at the store at 8:00PM – a full hour before closing time. 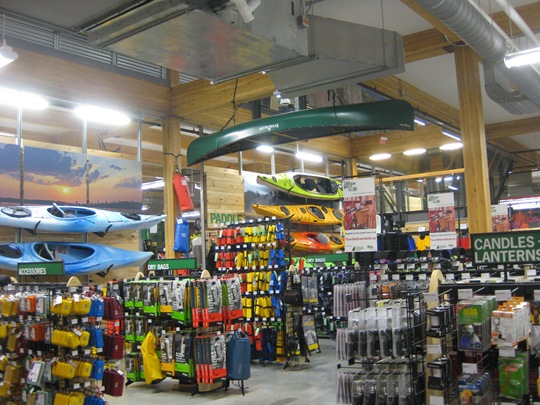 The new MEC store features a variety of sustainable characteristics – most notably its summer air conditioning unit. It uses a revolutionary system that uses ice blocks to leverage off-peak cooling – a more environmentally-friendly alternative to a conventional air conditioner (though I doubt this system has been leveraged to its capacity this year, given how cool a summer it has been).

The “Ice Bear” system was developed by the Colorado-based company Ice Energy Inc. The Ice Bear system has two modes: Ice cooling and Ice charging mode. At night the Ice Bear will freeze the 450 gallons of water in each of the 4 tanks. The units will turn off as soon as the ice is frozen and will be distributed when cooling energy is needed. This reduces energy consumption at peak times and achieves a lower rate per KWh. 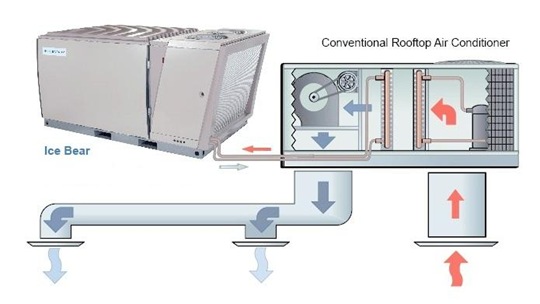 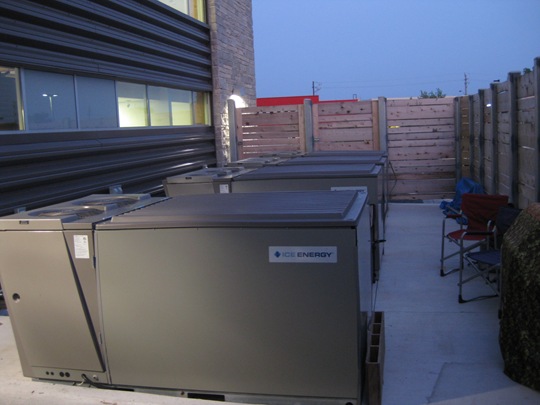 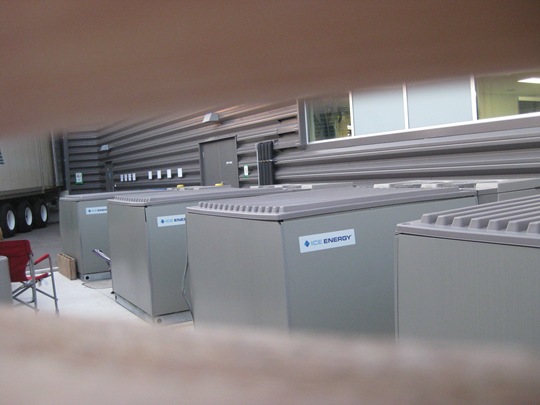 Another staple feature of the Burlington store is its photovoltaic and solar thermal system that generates electricity and heats the water. The electricity is then sold to Ontario Hydro for a profit while the store’s electricity is purchased exclusively from wind-powered sources.

When the building reaches the end of its useful life, the structure and envelope can be disassembled and repurposed, achieving the cradle-to-cradle design that we frequently discuss on The Urban Country.

In the parking lot of the store, you’ll find a rather unique exclusive parking spot for hybrid, low emission and car sharing vehicles. Stationed right next to the handicap parking spots, this parking spot provides further incentive for people to drive low-emission vehicles.

The idea comes from the LEED certification – specifically it can be found in Credit 5.1 under the “Sustainable Sites” section of the LEED Canada rating system. 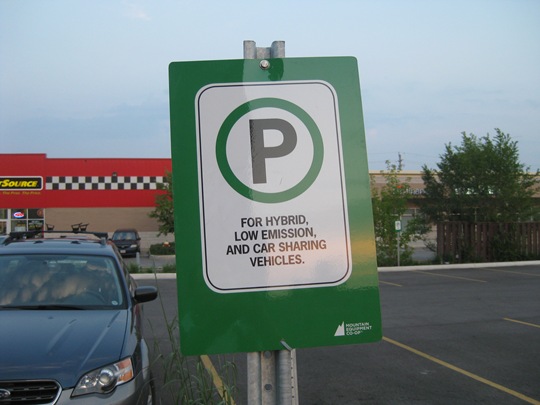 As nice as the hybrid parking spot may seem, nothing makes you feel like more of a king than rolling into the best parking spot that exists – the bicycle rack. I was literally the only patron at the store using the bicycle rack and perhaps not surprisingly, the lovely low-emissions parking space was also vacant.

Yes, we do still have a long way to go.

After paying for a pair of swimming goggles and a heavy-duty bicycle lock – a $63.28 tab – I paid a visit to the bathroom which features the storm water collected from the roof of the building. Many of you have heard me gripe about how silly and wasteful it is that we pee in filtered drinking water. Now we don’t have to. Just pay a visit to your local Mountain Equipment Co-Op store and feel proud to take a whiz in pure rain water!