Keeping my God, Guns and Healthcare 5 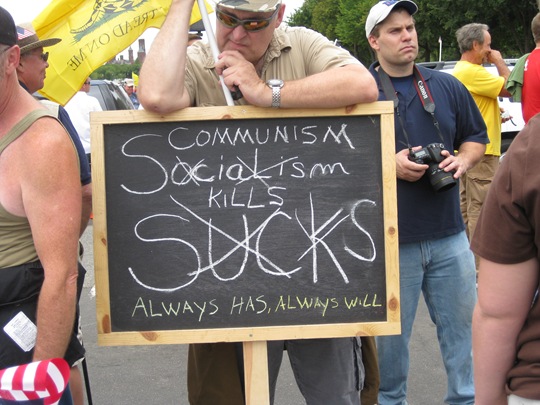 Today’s rally at Capitol Hill in Washington DC brought together a passionate group of “patriots” who are fed up with their leader. Hundreds of thousands of people flocked to America’s capital for the last stop in the Tea Party Express – an anti-tax, conservative movement that toured across the country over the last 16 days.

The common theme at the rally seemed to be Obama’s controversial healthcare plan. Everyone I encountered at the rally were staunchly opposed to any form of government-provided healthcare.

Other protesters were rallying to abolish taxes, impeach Obama and some even went as far as to allude to an assassination being the answer to this country’s problems.

Some of the protesters bordered on poor taste in their assessment of their President by painting Hitler moustaches on Obama’s photo, and one comment I overheard was as sad as it was offensive: “That’s insulting to Hitler” (referring to the Hitler moustache on Obama). 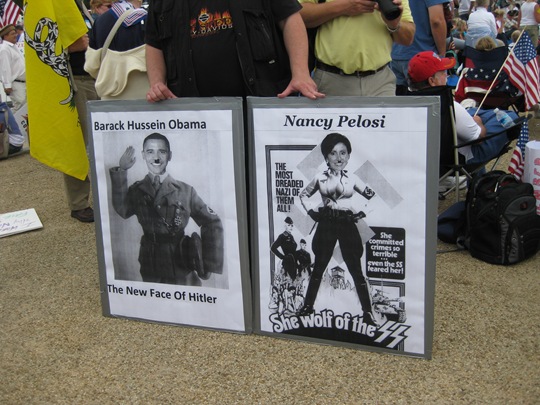 The activists at today’s rally believe in a free market system where industries are self-regulating and the government doesn’t interfere in anyone’s business. Many believe that they earned their dollar and they deserve to keep their dollar without the government taking anything away from them.

Given the healthcare debate that’s at the forefront of people’s minds, I had my share of discussions at an Irish pub last night regarding Obama’s plan. It seems that most people believe that a public-run healthcare option would put private healthcare providers out of business.

Coming from Canada, I think that it would be quite to the contrary. Those who can’t afford insurance will use the public option and those who have insurance or are willing to pay to receive better healthcare will go through the private healthcare providers and they will experience shorter wait-times and better technology.

One complaint many people have in Canada is about the long wait times. Many Canadians would prefer to pay for private healthcare to shorten their wait times and have access to better medical technology.

Given the threat that public healthcare presents to private healthcare providers, the lobbyists and PR agencies for these providers are kicking into high gear, saying almost anything to attempt to manipulate public opinion. David Suzuki once said in a speech I attended: “If you want to know what someone’s real motivation is, just check who writes his pay cheque”.

Today’s rally united a group of people who all have a common point of view that Obama, taxes and socialism are all bad things. One protester made a very simple statement to Obama: “Keeping my God, Guns and Healthcare”.

If there’s anything Obama can’t take away, it’s definitely God and guns. But only time will tell how Obama’s healthcare plan will work out for the average American. Like many other times when people opposed change, we’ll probably look back on this and say ‘it didn’t turn out so badly after all’. 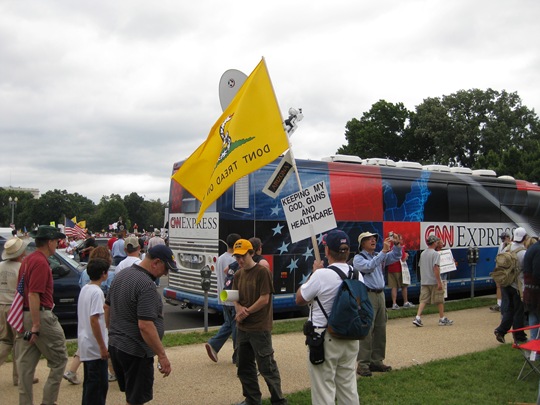 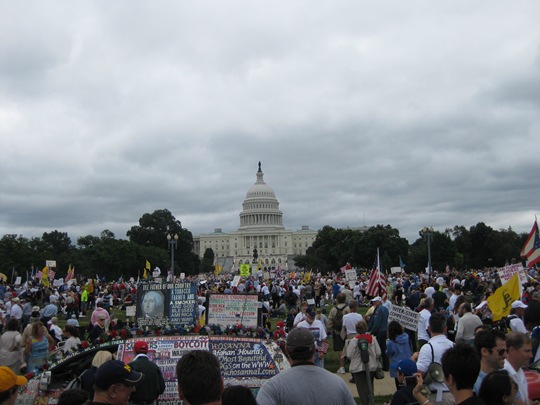 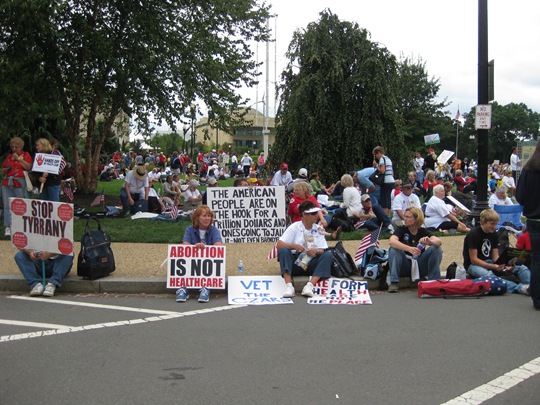 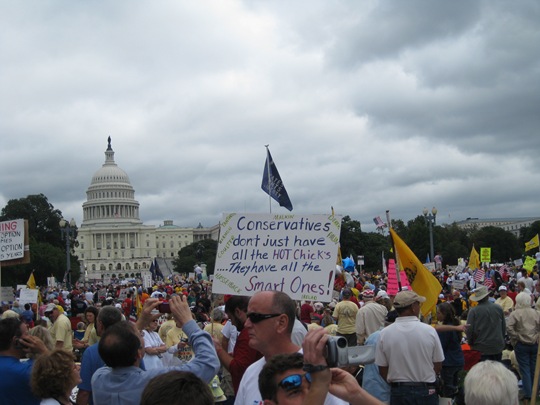 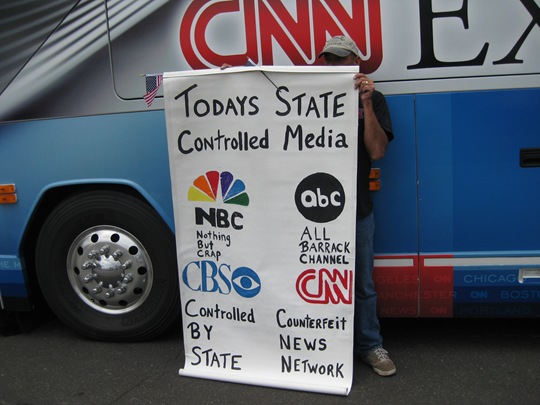 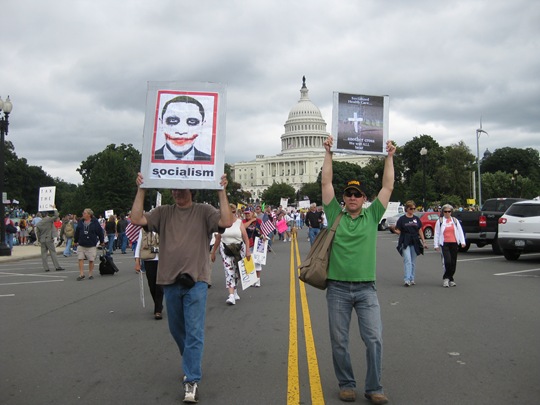 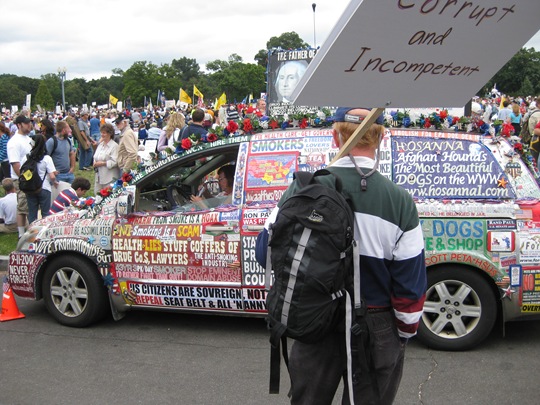 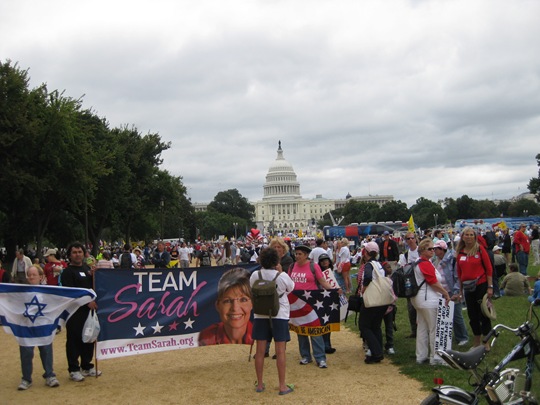 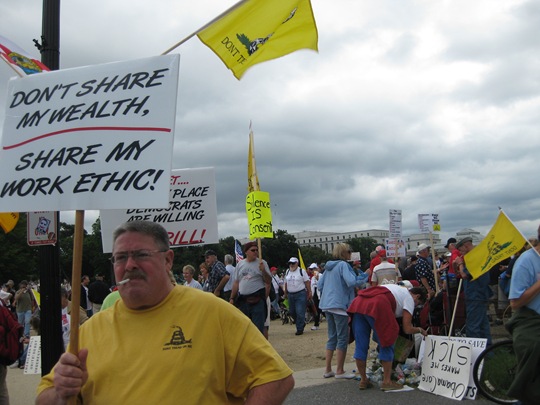 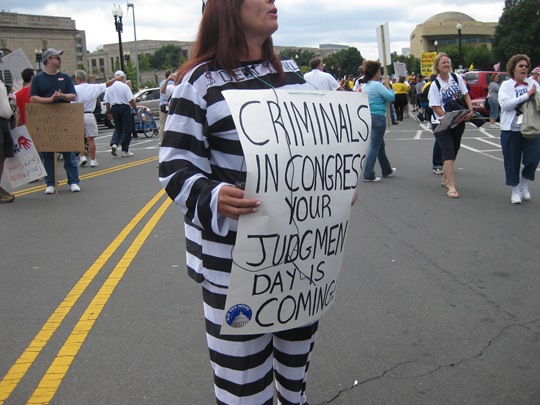 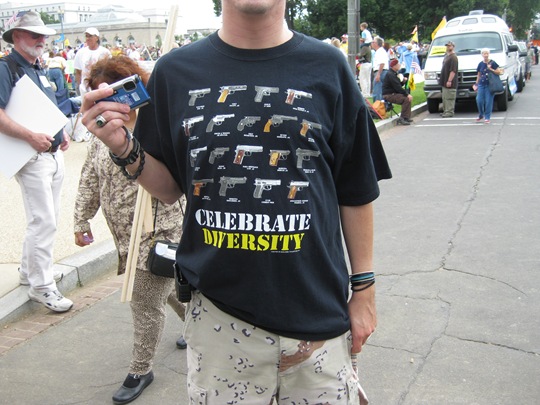 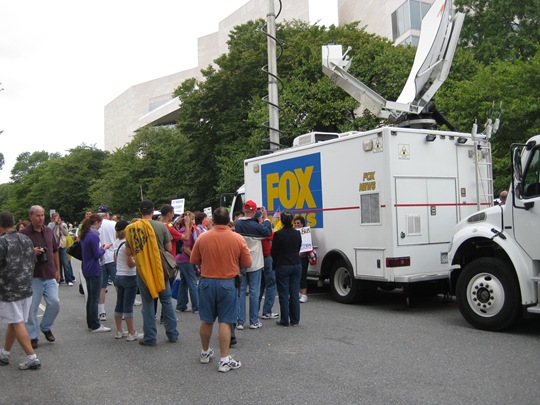 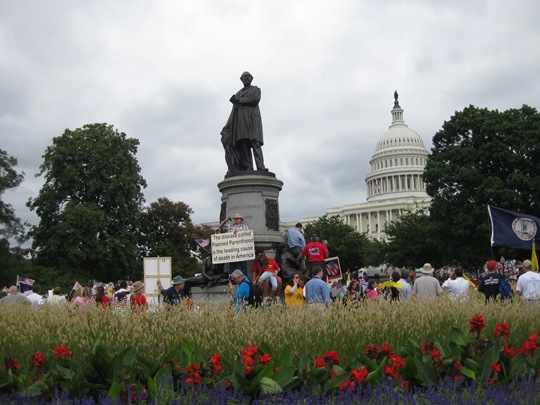 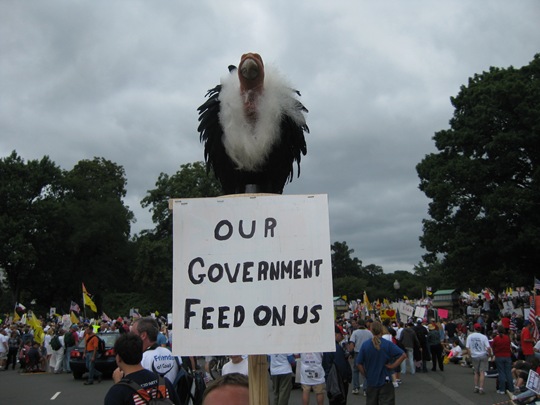 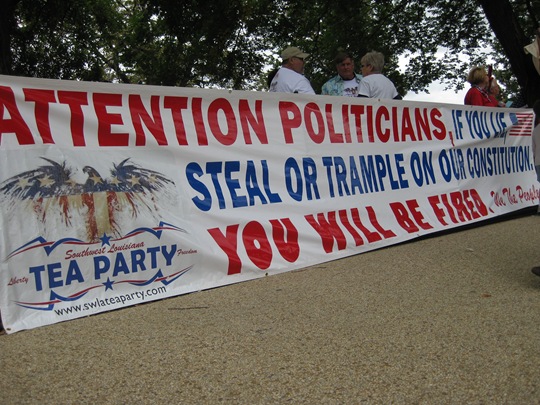 5 thoughts on “Keeping my God, Guns and Healthcare”