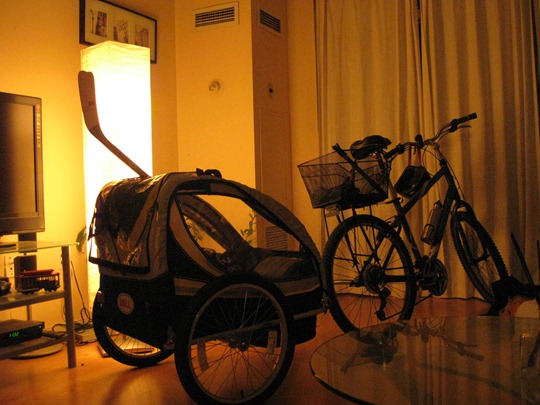 Cars are simply not a sustainable method of transportation for a world with close to 7 billion people. Cars create pollution, consume vast amounts of the earth’s resources to build and operate, take up enormous (and valuable) space, and they encourage unsustainable suburban lifestyles where people travel hundreds of kilometres to work.

But cars aren’t going anywhere – they are here to stay.

The solution isn’t to eliminate cars completely – they will always have a purpose. The solution is to minimize car usage by providing alternate means of transportation that is so appealing that people can’t resist.

Many people in car-centric North America think that electrifying automobiles is the solution – but this is only a small first step and fails as a sustainable option until we eliminate coal-burning and nuclear power plants – and instead produce energy from 100% renewable sources. Not to mention there simply isn’t enough space to support everyone in the world owning a car.

For over 7 years now I have been trialing other methods of transportation as an alternative to the automobile. I’ve tried motorcycling, rollerblading, commuter trains, public transit, walking, and cycling. 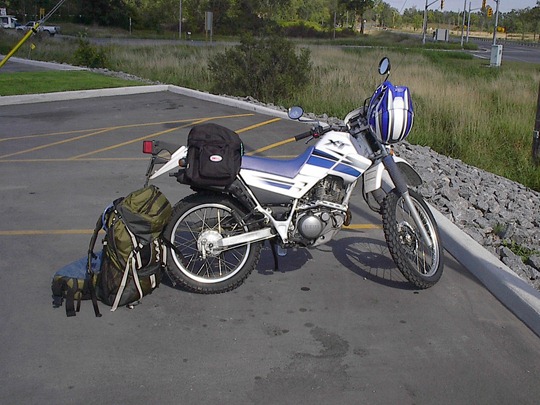 Public transit is a great way to provide an alternative to cars, but transit requires massive up-front investment and huge operating costs and an extensive amount of electricity to operate.

In Toronto, only 60% of total public transit operating costs are paid for by rider fares and in the United States it’s around 40%. That doesn’t even include the billions of dollars of capital investment that state/provincial and federal governments pay on behalf of taxpayers to build the infrastructure to support public transit. In other words, it’s not cheap.

Although it’s expensive, public transit is still extremely important. But it would be wiser to invest some of that money in infrastructure that supports the second most sustainable method of commuting (next to walking): the bicycle.

Just ask anyone in Amsterdam or Copenhagen what the best way to get around is, and they will tell you it’s cycling. It’s healthy, it’s cheap, it’s fun and it’s sustainable.

Many cycling opponents in Toronto refer to the winter climate as the primary deterrent to cycling, but Copenhagen isn’t much warmer. In December Toronto’s average low is –4C while Copenhagen is 0C. Toronto’s coldest month of January has an average low of –7.3C compared to Copenhagen’s –1C.

Furthermore, Montreal is one of Canada’s best cycling cities and they experience an average low of –10.4C, and –14.7C in December and January respectively. Cycling in sub-zero temperatures is not as uncomfortable as one might think (snowstorms aside). The pedaling helps to warm you up, and the constant action keeps you distracted from thinking about the cold.

For the last few years I was primarily riding my racing bicycle and my fiancé Han’s vintage commuter bicycle. Neither of these bicycles provided me a great deal of comfort or convenience in the city, so I often opted to walk instead of cycling.

Recently I purchased a second-hand Trek hybrid commuter bicycle ($180) that has afforded me both comfort and convenience for cycling around the city.

Last weekend I outfitted my bike with a rear basket ($35) and a second-hand kid’s chariot ($100) to tow heavier loads.

On Wednesday morning I traveled to my ice hockey game on my bike, with my hockey stick and full equipment in tow.

On the weekend I took my Jack Russell Terrier on a bicycle trail to a far away park, something that was previously inconvenient – often resulting in leaving my dog at home. 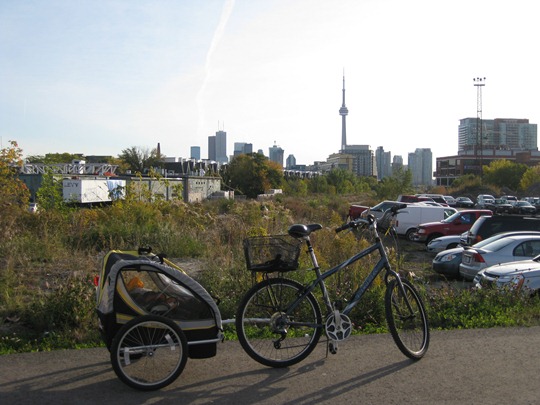 My goal is to encourage people to consider this alternative method of transportation, and to permanently bury the stigma that is often attached to cycling that it’s for people who can’t afford a car – or that it’s too cold, or it’s too dangerous.

These fabricated myths only create more barriers to enter this form of healthy and sustainable living.