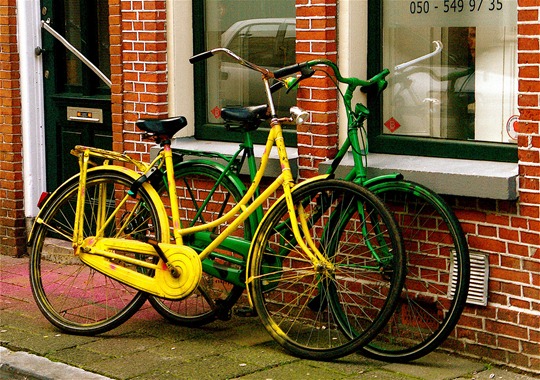 The following is an excerpt from an article I contributed to Oakville.com that discusses using bicycles as transportation in Oakville, Ontario:

So how exactly can Oakville improve its current state? The first thing Oakville needs is a master cycling plan. It needs a vision that encompasses active transportation – a vision that doesn’t just improve the downtown, but it improves the routes in which bicyclists can get to the downtown, to school, to work, to the train station, or to the mall.

Then it needs to spend a little bit of money to build out its master plan in segments. It’s not much different than building a highway, or a bridge – it just costs a lot less.

The plan will have two very important primary objectives: 1) to create a connected bicycle grid network and 2) provide safety and comfort to its users.

Simply slapping down some paint on a road where cars are traveling 80km/h or more isn’t going to afford citizens the comfort and safety that they deserve, and the plan will fail miserably. The naysayers will say they knew all along that nobody would use the bike lanes – this isn’t how successful bike infrastructure is built.

Oakville needs to get its ideas not from big Canadian cities like Montreal, Vancouver or Toronto, but from smaller cities of similar size in the Netherlands. Groningen is a model city with a population of about 190,000 people and a city where 60% of all trips are made by bicycle – the highest in the world.

Read the full article on Oakville.com