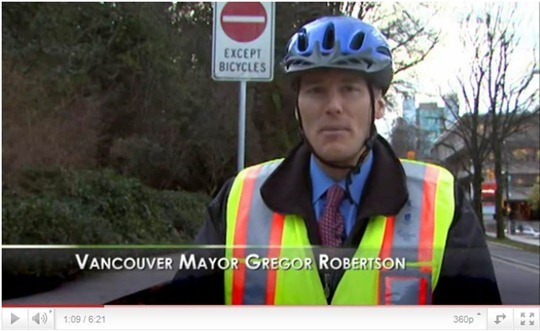 Dear World. When you come to Vancouver next March for Velo-City Global 2012, please don’t judge all of Canada by what you see in Vancouver. Not all of Canada requires a shower at their workplace in order to ride a bicycle. Not everyone in the Great White North wears skin-tight lycra clothing on their bicycles and requires extensive cycling gear.

I have nothing against people who wear “cycling gear”, but it just isn’t representative of a solid citizen bicycle culture when people are decked out in skin-tight bicycle gear. Cities with successful, established bicycle cultures will invariably feature regular people in regular clothes on everyday city bicycles.

Vancouver has made some great progress in various areas of sustainable development and bicycle infrastructure. But when I visit Vancouver, there seems to be a common belief that you can’t ride your bicycle to work if the office doesn’t have a shower or indoor parking.

Perhaps this belief comes from the fact that it often rains in Vancouver and people believe that extensive gear is required to ride in the rain (not true). Or perhaps it’s a side effect of the mandatory all-ages helmet law that was enacted by the Province of British Columbia in 1995 – “if we are required to wear a helmet, we might as well wear all the other gear too”.

That gear-crazed cycling culture that I have seen in Vancouver is starkly evident in the upcoming Velo-City Global 2012 Conference preview video. The spokesperson in the video is Skip Swain – Vice President of Sales from Norco Products Ltd.

Promoting your city as a great cycling city requires highlighting people who are using bicycles in their regular clothes. People who are considering using their bicycles for transportation want to see people they can relate to. The average office worker can’t relate to someone who wears full-on “cycle gear”.

Vancouver has failed miserably in marketing bicycles to everyday people in this Velo-City Global 2012 promo film. 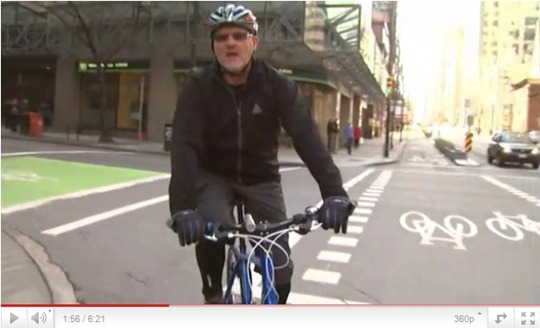 Skip goes on to interview various “cyclist commuters” and a “cycling enthusiast” to talk about how great Vancouver is for bicycling. The interviews seem scripted and cheesy. To spare you the torture of watching this video, I took a few snapshots of Skip’s interviewees. 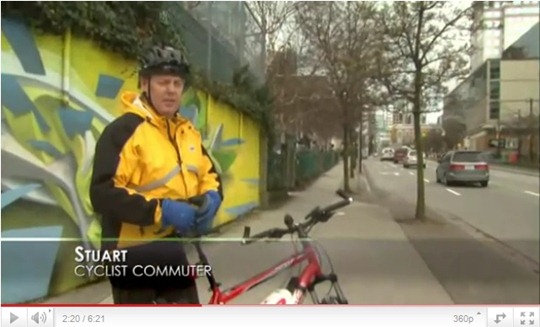 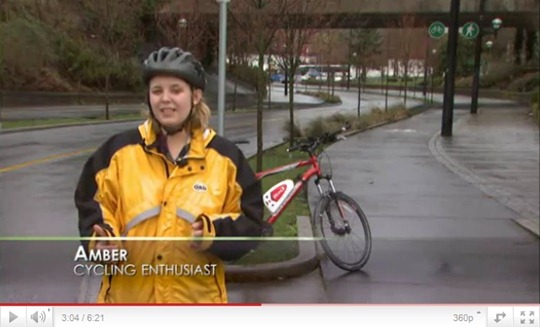 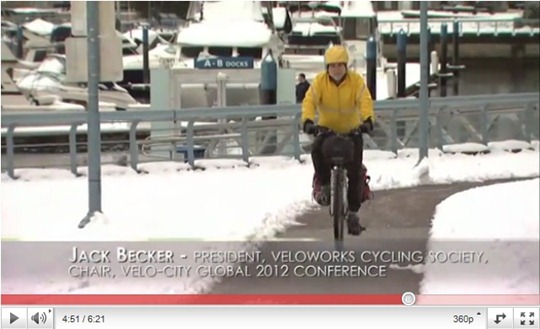 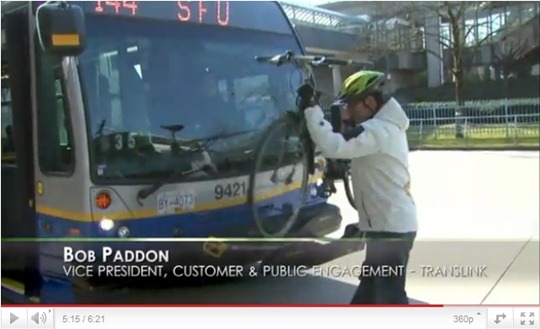 The first interviewee in this video wearing regular clothes didn’t come until 3:34 in the video. Thank you Peter Judd – a City of Vancouver Engineer – for representing regular everyday citizen bicyclists all over Canada: 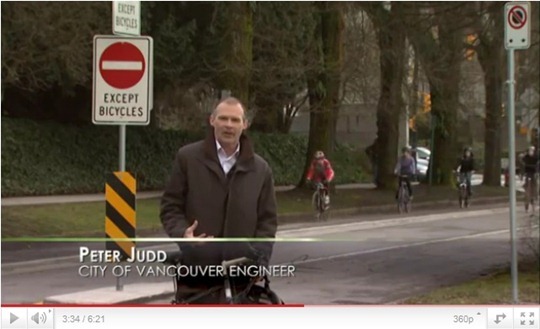 The promotional video for the 2011 Velo-City Global Conference in Seville, Spain was much different than Vancouver’s disaster of a film. It features regular everyday people on bicycles. Here are a few snapshots from that preview video: 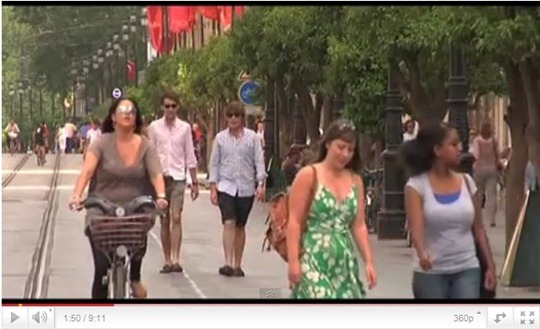 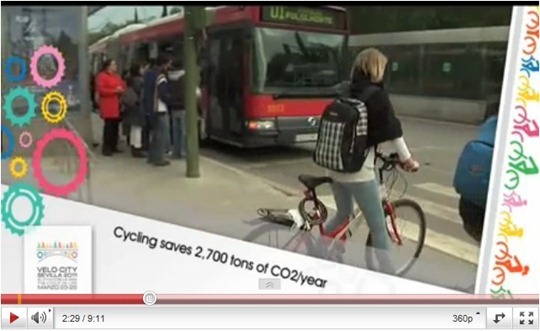 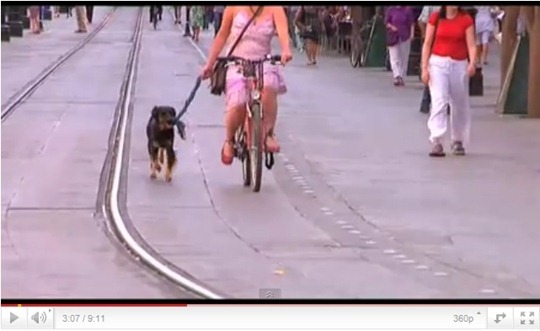 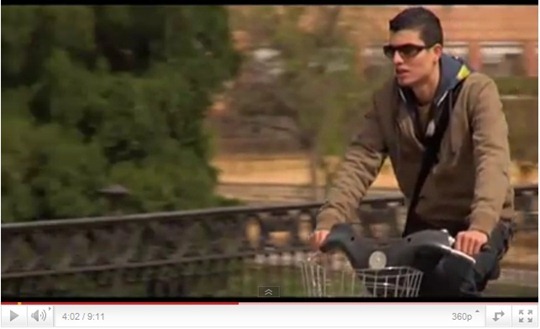 The purpose of the Velo-City Global conference is to bring together the leaders who are shaping our future cities by introducing bicycles to the urban landscape, as well as to promote the progress made in the host city.

Vancouver has failed miserably at promoting bicycles as a means of transportation and at promoting Vancouver as a great place for using bicycles. Perhaps they should have sent the cameras to Toronto to film everyday people on bicycles: In Vancouver’s defense, they created the film in February, so it wasn’t exactly “prime weather” for people in regular clothes. But they still could have done much better.

Vancouver has just 11 months remaining to redeem itself before the conference arrives. I hope they put a bit more thought into the next Velo-City Global 2012 promo film.

And if there truly are no bicyclists in Vancouver wearing regular clothes, then I hope the visiting delegates that attend Velo-City Global 2012 will teach Vancouver what it takes to establish a true bicycle culture featuring everyday people in their regular clothes.

Thanks Mike from Luxembourg for asking for my thoughts on the Velo-City 2012 feature video a few weeks ago. This topic was also covered by our friend Ryan over at The City Cyclist.