Americans Work 3.84 Minutes Each Day To Pay For Their Bicycles 59 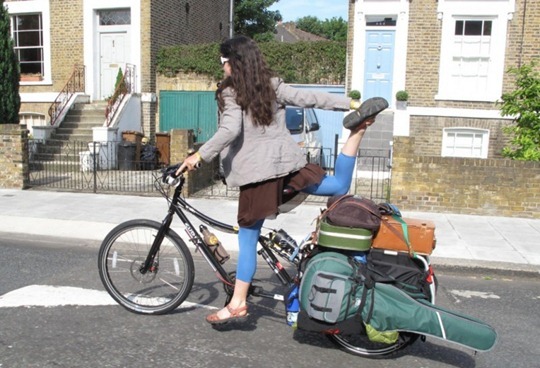 After revealing that the average American works about 2 hours a day to pay for the cost of automobile ownership earlier this month, I was asked to participate in a radio interview for the Edmonton’s CJSR 88.5FM on Full English Breakfast with Peter Chapman to talk bicycles (listen to the full 13 minute segment here: [MP3 download]).

For fun, the show hosts Peter Chapman and Karly Coleman crunched the numbers and determined that they work 3.5 minutes each day to pay for their bikes.

To validate Peter and Karly’s numbers, I did the math myself using the following conservative assumptions:

Thus, Peter and Karly’s numbers do indeed add up.

Furthermore, the average bicycle owner will likely spend far less than $1,500 when they buy a bicycle, but they will perhaps spend spend more on maintaining their bicycle each year (more on this in an upcoming article).

Now if we could only convince more people to take some bold measures and change how they view transportation so they would come to realization that 49% of all trips in the United States could easily be done by bicycle – since 49% of all trips are shorter than 3.1 miles (5km).

Although a bicycle isn’t going to be everything for everyone, it is a tool that can help most people get around for most of their trips. Demanding better infrastructure will help make these trips more comfortable, but the best way to create change is to get out there and start riding right now (here are some tips that I can offer from my experiences).

As obvious as it is, I still find it interesting to contrast how Americans will work about 2 hours a day to pay for their cars, but one only needs to work 3.84 minutes each day to pay for a quality commuter bicycle.

59 thoughts on “Americans Work 3.84 Minutes Each Day To Pay For Their Bicycles”