Once Upon a Car Ownership: 8 Months Later 59 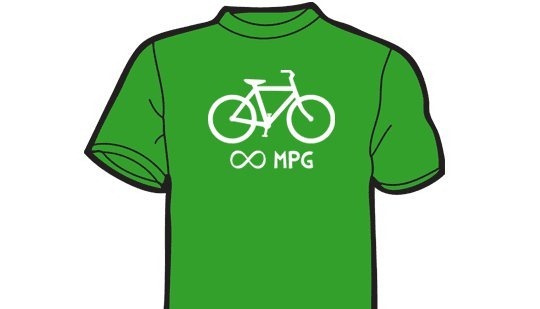 Infinity MPG t-shirt by Noisebot (don’t worry, I’m not getting any kickbacks if you buy this t-shirt)

I had owned a car for most of my adult life – ever since I acquired my driver’s permit in 1996. After moving to Toronto in 2002, my car mostly sat in the garage collecting dust, but conveniently provided me the means to do large grocery store runs, transport myself to hockey games, and leave the city on the occasional weekend.

Although I primarily get around by bicycle, it wasn’t until October 2010 that I decided to completely rid myself of car ownership. The decision was easy due to the car sharing services that have exploded here in Toronto. I can have a car almost anytime I want it, often last minute, for a nominal fee of less than $10 per hour (this hourly fee includes fuel, insurance and usage).

Furthermore, I am now able to rent out my condo parking space to a neighbour for $125/month. Doing some simple math: For the $125 I get each month for the parking space, I can use a car sharing car for 3 hours each week without having to pay a penny out of my pocket.

Over the past 8 months of not owning a car, I have spent an average of $104.60 each month on car sharing. Therefore, I have seen a net profit of $183.62 over the 8 months. Admittedly, we did rent a car a couple of weekends to leave the city, so I think it’s fair to say I broke even.

(Note: This excludes the taxis we took to and from the hospital when my wife gave birth to our recent newborn, but even if I still had my car we would have paid parking fees at the hospital similar to the taxi fees).

I sold the car for $2,500 and bought an $800 bike. Since my parking space pays for my weekend rentals and car sharing, it’s safe to say that I have about $5,000 in my pocket that I wouldn’t otherwise have had.

$5,000 in just 8 months. With no material detriment to my lifestyle. Sure, I need to book a car in advance when I need one instead of simply going down my elevator, but I can do it from my phone – and unless it’s 3PM on a Saturday afternoon, I can almost always do it last minute.

Living car-free is becoming more of a reality for North Americans. It usually requires a conscious decision to live in a more urban setting where car sharing services thrive, and bicycles, public transit or walking can be your primary mode of daily transportation.

A common excuse I hear from friends and acquaintances is that they can’t afford to live in the inner city. Sounds like a reasonable excuse, but then I ask them how much they paid for their house in the burbs. More often than not, they paid more for their house than I paid for my condo.

The difference is space. They have several rooms in their house that are used primarily for storing material things that they bought to fill their oversized house. Living in a smaller space discourages you from buying things you don’t need.

The same applies to those who rent. You can find affordable rental units in the city if you look for it.

And getting rid of your car (or at the very least, ditching your second car) would save you substantial money. Here are 5 ways I’d rather spend the $5,000 that I’ve saved:

59 thoughts on “Once Upon a Car Ownership: 8 Months Later”