The Parable Of The Bicycling Advocate… 8 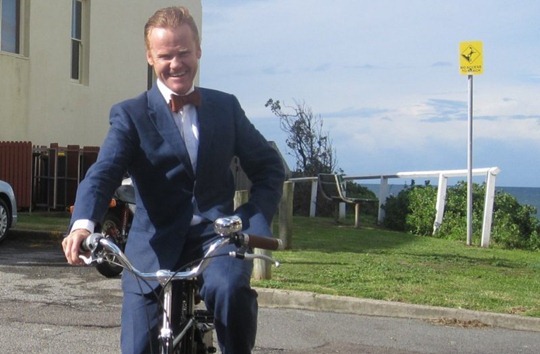 My fellow advocate buddy Dr. Steven Fleming scribed a parable earlier this year that nicely illustrates a topic that we discuss on here often: how do we solve transportation and environmental issues using pragmatic solutions without turning people off.

Dr. Steve is an Architectural Theorist, a professor of architecture at the University of Newcastle in Australia, and creator of cycle-space.com (formerly the Behooving Moving blog). He has been traveling the world exploring different cities’ cycle space, and plans to release a book of the same title.

People are often turned off by advocates who have genuine intentions but take the wrong approach to selling their cause. The doctor illustrates this in his “parable of the cyclist who fixed things for everyone” (reposted here in its entirety):

“A public health advocate, an environmentalist, a transit planner, and a keen cyclist, are walking along when they come across a discarded sleigh with three empty harnesses (one might call that a troika).

The public health advocate promptly jumps into the sleigh, and says, “You guys pull and I’ll steer.” A week later they’re all worn out from delivering cheesy posters about riding tandems and flying kites, and notice no one is riding tandems or kite flying these days. It seems no one wants to look like the geeks in the posters. And of the handful still riding tandems, the stokers are defiantly smoking.

The environmentalist pushes his way on board the sleigh. “No more cutting down trees for your posters! Let me do the steering.” A week later they have walked around seeking, and finding, a carbon neutral fuel for the cars. This fuel is so cheap and plentiful, the roads now have ten times the traffic. Their nation is stuck at the wheel, eating fast food.

“Get out hippie, I’m driving,” the urban transit specialist says. So they all drag him around for a week, as he borrows heavily to spend money on trains. Only when their country is broke and full of overweight people on trains, do they look to the cyclist and remark that he has next to no pulling power anyway, so may as well steer for a while.

Within a week the cyclist has relegated the cars to a handful of roads. The other streets are filled with fit cyclists with money to spare, and all the car parks have been turned into farms. The public health advocate, transit planner and environmentalist wish that right from day one, they had lent their pulling power to whatever best suited the cyclist.”

Check out Cycle-Space.com for more interesting thought-provoking articles from the colourful professor.

8 thoughts on “The Parable Of The Bicycling Advocate…”