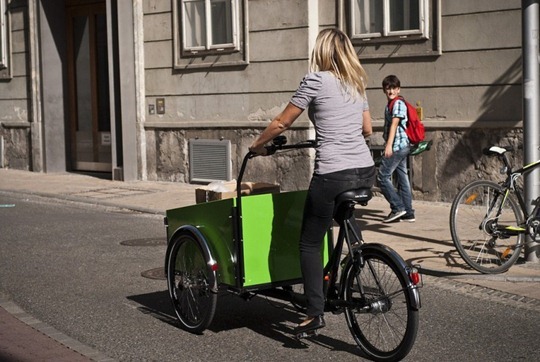 It was bound to happen. A newspaper column politely asking drivers to share the road and accept cyclists as fellow travellers rather than adversaries, published in a newspaper with a readership of ~1 million people, was bound to stir up some controversy.

As expected, I woke up to an email from a Toronto Star reader who says, “When cyclists stop breaking the rules, then I’ll start supporting cyclists”.

This is a classic argument used to argue against building proper bike infrastructure, and a classic excuse for drivers to justify driving aggressively near cyclists. In June, I videotaped a 30-minute commute to show that the vast majority of cyclists are respectful of others and generally obey most rules.

However, I wanted to point out to the reader that obeying all rules on a bicycle to the letter of the law can be dangerous for cyclists, and I also wanted to question why this reader held cyclists to a higher standard than drivers. So I responded to his email.

Here is the correspondence:

I’m not against cyclists. However, I am tired of cyclist breaking the rules of the road. We’d all get along a lot better if cyclists did not feel they owned the space.

Cyclist ride on the sidewalk. They are “side walks,” not side rides.

There is 4 way stop in my neighbourhood. Cyclists consistently do not stop even when there are cars and people with kids in the crosswalks.

From: James Schwartz <james.schwartz@theurbancountry.com>
To: R
Sent: Saturday, November 12, 2011 9:55:54 AM
Subject: Re: Tell cyclist to follow the rules

Thanks for the email. I do understand your concern and it is frustrating when people don’t follow the rules (be it drivers or cyclists). However, one of the issues with our current road system and laws is that they were designed primarily with cars in mind. Following the rules to the letter of the law on a bicycle is sometimes dangerous.

The 38-year-old woman who was 5-months pregnant when she was run over by a truck earlier this week was following the rules of the road when she was killed. She would probably be alive right now if she rode her bike on the sidewalk (I am not condoning riding on the sidewalk, but cyclists who get dangerously squeezed by cars sometimes feel the need to move off the road to stay safe).

Another woman who was run down by an angry driver this week was making a legal left turn. The driver apparently didn’t appreciate her obeying the law while making a left-hand turn (and I have seen this happen many times when drivers get angry for cyclists making a legal turn because they feel the cyclist is holding them up).

I am confident that we’d have less cyclists breaking the rules if we had better infrastructure that makes it less dangerous for cyclists to use our streets.

Having said all that, why is it that you hold cyclists to a higher standard than drivers? How many drivers never exceed the maximum posted speed limit? Judging by what I see when I drive on the highway, I would say you would probably have a very hard time finding a driver who never exceeds the speed limit. I also see drivers dangerously turning right on red lights without coming to a complete stop (as a pedestrian I’ve been almost hit many times over), and I have a four-way stop close to my home where you would be hard pressed to find a motorist who doesn’t do a rolling stop (and yes it’s true that most cyclists also do a rolling stop at this intersection too).

I should also point out that the Ontario Provincial Police handed out 9,533 impaired driving tickets last year; and out of 69,218 vehicle collisions last year almost 2,000 were alcohol-related. Furthermore, police in Ontario handed out 7,560 charges to motorists over three days during the Canada Day weekend.

When the topic comes up, I always tell people that I would rather drivers/cyclists be courteous to each other than to blindly obey the law. A driver can obey the law but put me in danger by passing me too closely. Similarly, he can break the law by rolling slowly through an empty four-way stop sign while being courteous, aware and safe.

Let’s put more emphasis on being courteous than blindly obeying laws that were created without bicyclists in mind.