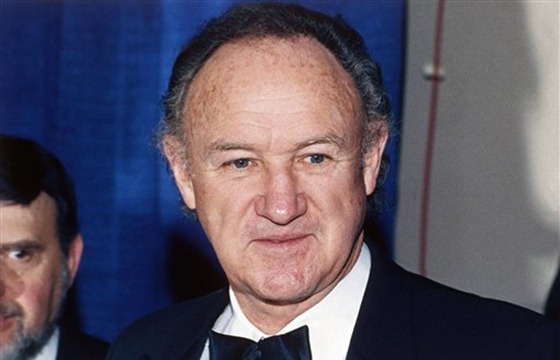 On Friday at approximately 3PM, Oscar-award winning actor Gene Hackman was hit by a pickup truck on his bicycle in the Florida Keys. The incident was covered widely by the media which made sure to point out that the 81-year-old Hackman was not wearing a helmet. Though true, this fact seems to distract us from the fact that he was hit from behind by a pickup truck.

Reading the media’s coverage of this incident it is very difficult to find any find any information on whether the driver would be charged or what possibly led to the pickup truck striking Hackman’s rear tire. After mentioning the lack of helmet near the beginning of the article CNN mentioned only that “alcohol was not a factor” afterwards.

The Daily Herald reported that “Hackman was riding without a helmet on an Islamorada street around 3 p.m. when the pickup hit him, throwing him onto the grassy shoulder”. The article mentions that no charges “were immediately reported”.

Of the top 11 results on Google News when searching for “Gene Hackman Bicycle”, five articles have the word “accident” in the title.

The word accident implies that the driver who hit Hackman from behind did nothing wrong, wasn’t negligent and this was an unavoidable incident. There is no evidence that this collision was merely an unavoidable “accident” (if it’s even possible). Yet this is what our media would lead you believe.

Furthermore, the media’s focus on Hackman’s lack of helmet – in a place where there is no law mandating helmet use – implies that Hackman should accept some of the blame because he wasn’t wearing a helmet.

Of those top 11 news results that covered the Hackman crash 7 mention the lack of helmet, and 8 mention the word “accident”.

This highlights how buried we are in car culture. If the driver wasn’t drunk, then it must have been an unavoidable accident. If the cyclist wasn’t wearing a helmet, well then duh, he gets what he deserves.

Perhaps instead of highlighting that Hackman wasn’t wearing a helmet, the media should mention that a man who is turning 82 this month is healthy enough to stay active and ride a bicycle. That should be a story in itself given how immobile our sedentary fast-food car culture makes most North Americans.

But instead of focusing on what should be a story of an 81-year-old doing what most 81-year-olds cannot do, the media focuses on helmets and all but ignores the root cause of the collision.

New York’s Gothamist website highlighted the lack of helmet in its headline entitled “Gene Hackman Not Wearing Helmet While Cycling And Getting Hit By Car” – as if getting hit by the car (it was actually a pickup truck) is secondary to Hackman’s not wearing a helmet.

Out of the 32,708 people who were killed in car crashes in the United States in 2010 I wonder how many news articles mentioned the lack of helmets?