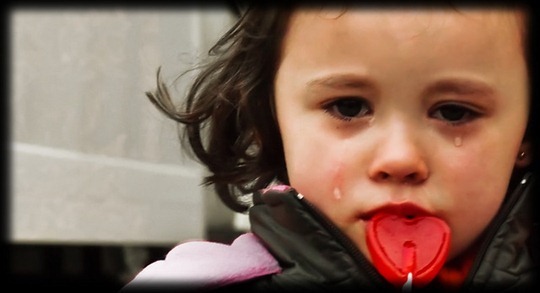 In North America there is a common perception that drivers “own the roads” and deserve as much surface area as can be paved. This perception exists despite the heavy subsidization that drivers receive through motorist socialism, which ironically, is prevalent in the United States where socialism is frowned upon when it benefits the poor, but embraced when it benefits drivers.

This sense of entitlement is at the root of the animosity that can be felt on North American streets and is seemingly exacerbated when someone on a bicyclist dare tread in motorist “territory”.

The tension is so strong – particularly during rush hour – that you can often feel it while riding. The tension is sometimes explicit, for example when an angry driver honks at you for being in his way, but often it is merely implicit and internalized, but can still be felt.

That tension that I can feel while riding a bicycle in Toronto is noticeably absent here in China. Drivers here don’t feel that cyclists are infringing upon their sacred space. In fact, the space is not sacred or “owned” by anyone, but “shared” by everyone.

Just like ordering a meal  at a Chinese restaurant, the Chinese virtue of sharing extends from the dinner table onto the streets. There is no sense of entitlement or anger, or resentment towards other road users. People just use the streets to get to their destination – whether by car, by bus, by bicycle or by scooter.

The incessant honking that can be heard in China is not out of rage like the honking in North America, but more to warn other road users to watch out. It’s actually often refreshing to be honked at in China, because drivers are letting you know that they are near. The angry honking in North America pours fuel on the road rage fire.

Furthermore, most streets here provide a safe, physically separated portion of the road to two-wheeled users. And on the narrow streets that aren’t wide enough for physically-separated bike lanes, cars are secondary to foot and two-wheeled traffic.

Back in North America – where we dream of having proper infrastructure for two-wheeled road users – a controversial movement called Critical Mass was spawned to provide cyclists with their own dedicated road space for a couple hours once every month.

The driver sense of entitlement and Critical Mass were the core topics in an interesting podcast that re-surfaced for me recently by my friend Ben Mueller-Heaslip. In the podcast, Ben shares a story about encountering an angry driver while riding through a residential neighbourhood with a small group of people following a Critical Mass event last summer. Here is a portion of the podcast:

“Sure enough, some over-entitled asshole came up behind a couple of girls riding side by side at the back of our little group and started blaring his horn and yelling. It was way too much for him – being inconvenienced for three seconds while the girls moved over to let him pass. But no matter how much of a hurry these fuckers are in, they ALWAYS make time to pull up beside you and fart their rage through their teeth for a little bit.

These type of people, whose sense of entitlement towers over their sense of human decency – tend to be really fucking tough – when they’re yelling at tiny little girls. And that sort of nonsense, it happens all the time. I doubt there’s anyone who’s ridden a bike in this city at all who hasn’t encountered someone that flies into a childish tantrum – for the simple reason that they have to move their car over a couple feet, or wait a couple of seconds.

It’s like the city streets are a giant lollipop their mommy gave them for going two whole weeks without pooping in the bathtub. They earned it, it’s theirs! They own it! And by being there, it’s like you’re licking their big lolly. It’s just not fair!

That’s why I like Critical Mass so much. It takes these values buried in that selfish, childish, petty mentality, and points out their absurdities – by taking them in a different direction. I mean it is a collective act of mass selfishness – taking over some part of the streets and imposing different values on them for a couple hours.

So for a couple hours the picture is inverted – because for the rest of the hours of the month, we do the exact opposite. We work our way into the clockwork mechanisms of the city, as smoothly as rainwater runs through the cracks and potholes of our shoddily maintained roads.

And once a month, all those seams run together into a little flash flood. Ford Nation gets its socks wet. And Sue-Anne Levy (an anti-cyclist Toronto newspaper columnist) bellows in rage.”

There are plenty of things I miss about Toronto, having been away now for almost a month. But the sense of entitlement and road rage so characteristic in our well-established car culture is certainly not one of them.

Listen to Ben’s entire podcast on iTunes (episode #29). If you like Ben’s podcasts, you will be happy to know that I am working with Ben to bring podcasts to The Urban Country.

4 thoughts on “Our Streets Are Like A Giant Lollipop”