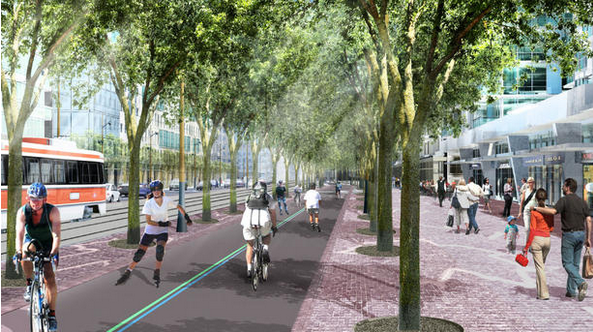 This past Sunday my family congregated at my place to join me for our annual bike trip & picnic. There were a total of 8 people pedaling, plus my daughter and my dog. We pedaled a total distance of 40 kilometers.

I was riding my Babboe City cargo bike that I picked up from Curbside Cycle here in Toronto in May. My daughter Sofia was riding in the front in her car seat, and my Jack Russell Terrier sat in the front with Sofia.

On our way to one of the best recreational trails Toronto has to offer, the 8 of us rode along what should have been a comfortable off-road bike path along Toronto’s waterfront. But instead, we rode along a narrow bike lane along a busy street that ended just as quickly as it had begun, getting squeezed by passing motorists while trying to stay out of the door zone of parked cars.

I remember pedaling along that same street in 2002 shortly after moving to Toronto and wondering why a big city like Toronto doesn’t provide a comfortable, continuous path along its waterfront.

On weekends this important thoroughfare (Queens Quay) is perhaps the busiest bike street in the city – with bicyclists often far outnumbering cars and sometimes dozens of bicyclists lining up at the traffic lights.

Here you can see the bike traffic on a typical summer weekend jammed into this narrow painted bike lane (which ends just ahead). There were more than 15 of us on bicycles backed up at this intersection, with only 3 or 4 cars passing us. 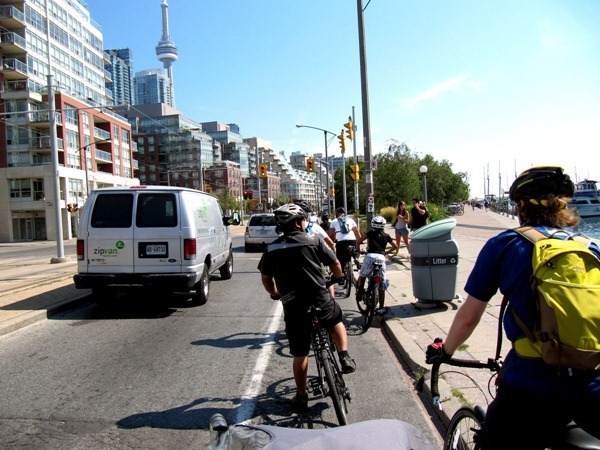 Thankfully after 10 years the city is finally doing something about it.  In 2010 Waterfront Toronto – the agency responsible for transforming Toronto’s waterfront – announced the revitalization of Queens Quay into a “world class waterfront street”:

“Waterfront Toronto may now proceed with the transformation of Queens Quay from an uninviting traffic corridor into a beautiful, world-class street that links major destinations along the water’s edge, creates pedestrian and cycling-friendly promenades and encourages an economically vibrant area for locals and visitors alike.

When complete, the revitalization of Queens Quay will see two lanes of traffic on the south side of the street replaced with a linear park. The park will feature a generous tree-lined granite pedestrian promenade as well as a continuous, off-street Martin Goodman Trail. A dedicated Light Rail Transit (LRT) line will run along the centre of the street with two lanes of east-west traffic north of the tracks. Landscaping and other improvements to the public space on the north side of the street will provide the kind of atmosphere conducive to economic vitality, ground floor retail activity and urban vibrancy.” 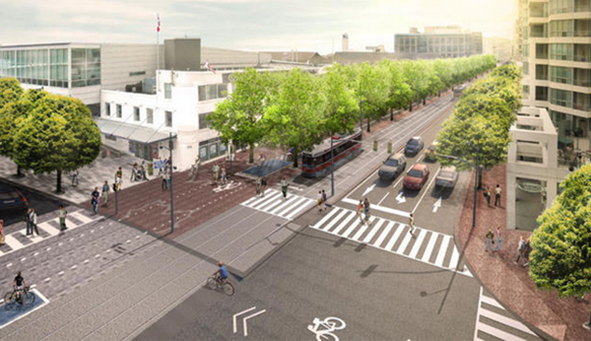 The trees and dedicated bike lanes brought back memories of when I was living in China earlier this year with its 2-car-lane-wide bike lanes with trees separating bicyclists (or electric scooters) from cars: 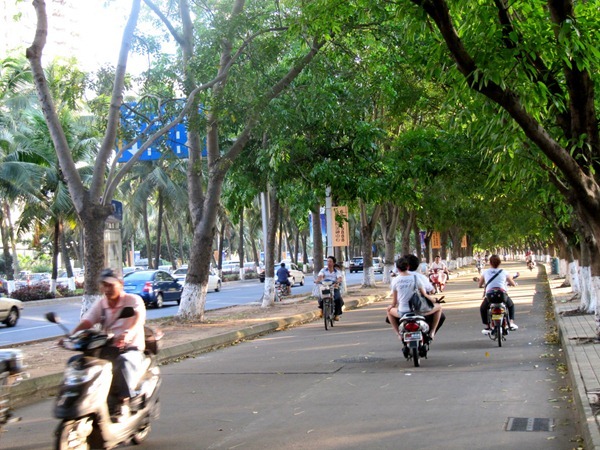 The plan to revitalize Queens Quay will finally break ground next month, and it is expected to be completed by 2015 at a cost of $115 million.

From a Toronto Star article in June by my friend Tess Kalinowski:

“The goal is to make (Queens Quay) the signature street for Toronto” — this city’s version of Barcelona’s Rambla, or the Champs Elysees in Paris, said Chris Glaisek, vice-president, planning and design for Waterfront Toronto.”

As it stands, it is “both unattractive and dysfunctional,” he said. “Ultimately it acts as a barrier rather than a gateway to the waterfront.”

If the street revitalization finishes on time and ends up looking as good as the plans, then perhaps it will be worth the 13 year wait.

Here are a few photos from our family bike ride: 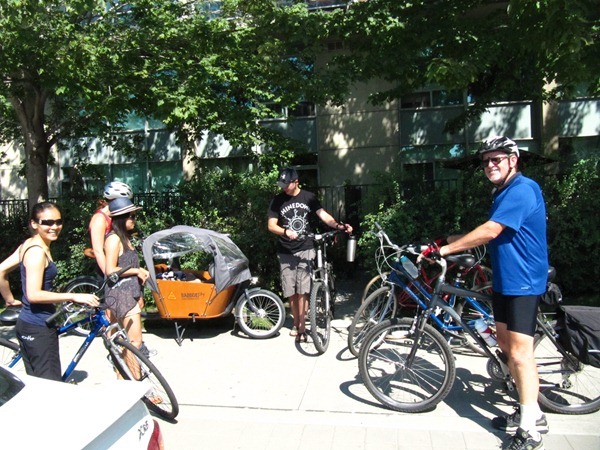 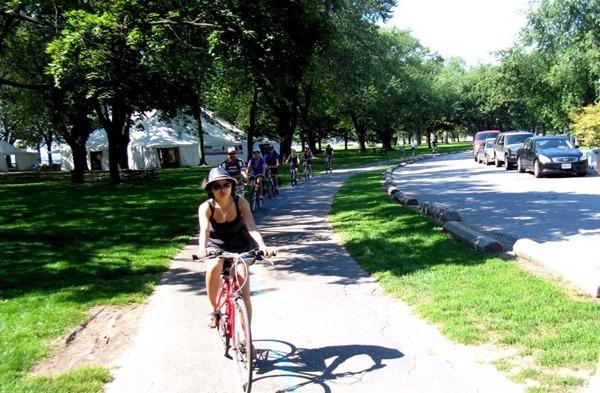 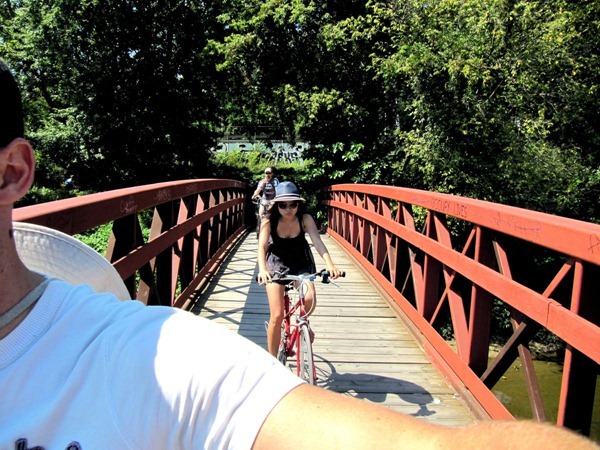 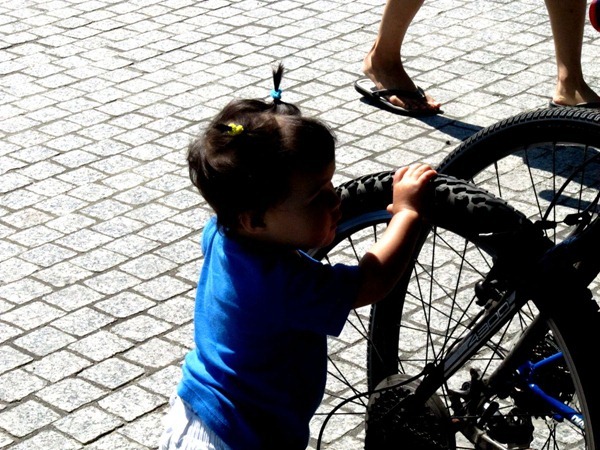