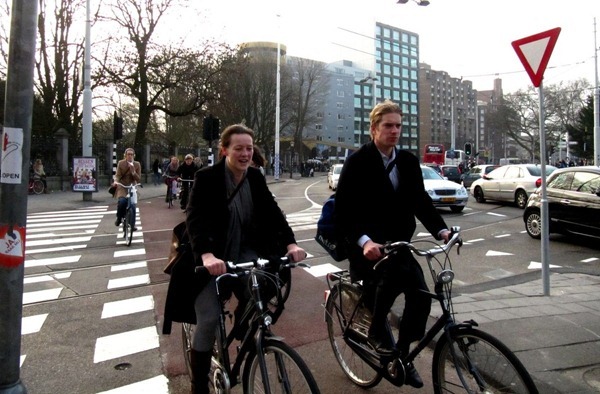 On Monday 47-year-old Toronto resident Joseph “Maverick” Mavec died after his bicycle tire jammed in a streetcar track and he fell on his head. This tragic and unfortunate incident has prompted a discussion about navigating a city full of streetcar tracks by bicycle.

As someone who lives on a major arterial road with streetcar service in downtown Toronto I am well acquainted with navigating streetcar tracks on my bicycle. I ride virtually every day through intersections with webs of streetcar tracks turning in all directions.

Streetcar tracks require a level of caution while navigating them by bicycle. It isn’t difficult to hit the tracks at the wrong angle and lodge your tire into the tracks. My friend Herb over at iBikeTO posted some solid tips for crossing streetcar tracks.

In my 10 years of bicycling in the city, I have been fortunate enough not to be knocked off my bike at the hands of streetcar tracks, but my rear tire has occasionally been caught in the track, causing a brief slide and an drastically increased heart rate – but no fall.

The conflict with streetcar tracks can largely be eliminated by proper bicycle facility design.

Just like Seattle, San Francisco and Toronto, Amsterdam has a network of LRT vehicles running throughout the city on surface-level tracks on roads shared by motorists and people on bicycles.

You might even say Amsterdam’s tram system is fairly comprehensive: 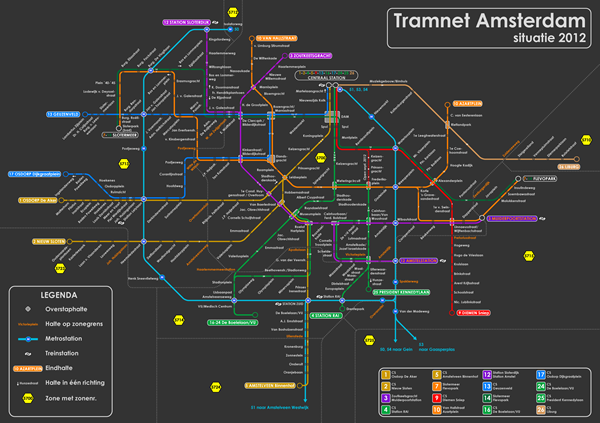 The key difference in Amsterdam is that bicycle facilities exist that often direct people riding bicycles to cross streetcar tracks at safe angles.

In Toronto, it is very common to be forced to cross streetcar tracks at dangerous angles by parked or right-turning cars. In Amsterdam the danger has largely been eliminated by properly designed bicycle facilities. 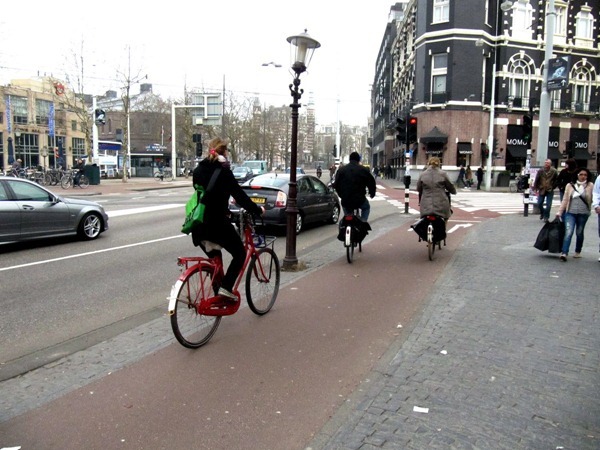 Here is a closer shot of that same Amsterdam junction: 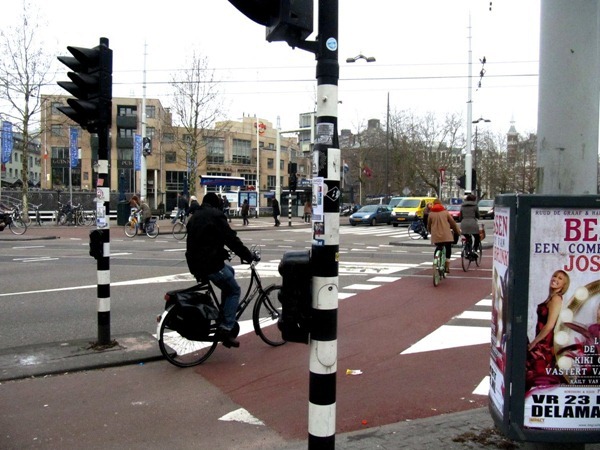 The Dutch largely ensure this won’t happen because they provide bike lanes that keep cyclists safely away from streetcar tracks: 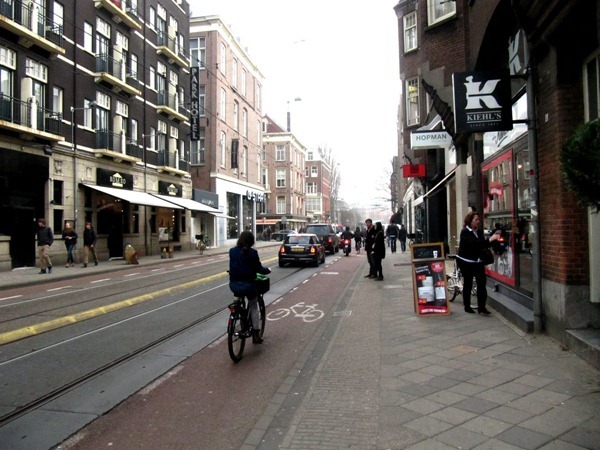 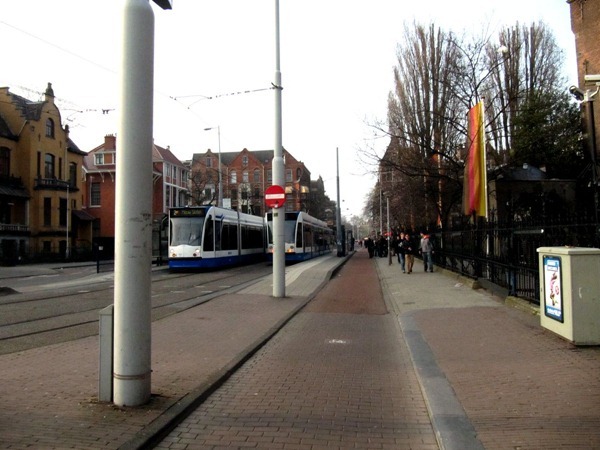 Although the streetcar track conflict has largely been eliminated by dedicated bicycle infrastructure, you can still find examples in the Netherlands where bicyclists need to navigate streetcar tracks (as pointed out by reader Hars Davids).

Below is a Google Street View photo of Nieuwe Binnenweg in Rotterdam – a street that often requires cyclists to navigate streetcar tracks (as illustrated by the truck parked in the photo below): 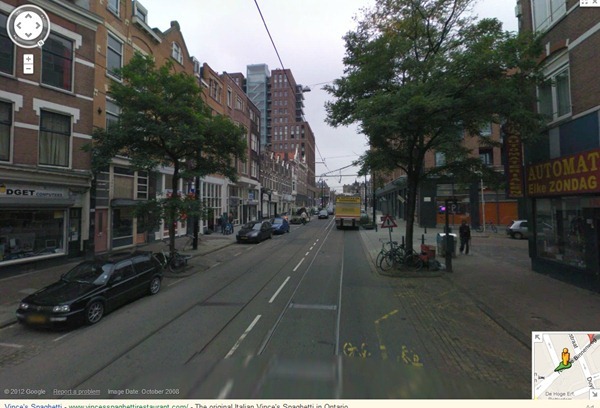 It should also be pointed out that the speed limit on this street is 30km/h. The streets in downtown Toronto with streetcar tracks that I navigate on a daily basis have a speed limit of 50km/h with cars often driving at speeds exceeding 50km/h outside of peak hours when traffic is less congested.

Perhaps a healthy combination of bicycle infrastructure, rider education and lower speed limits is the solution to avoid unfortunate incidents like this one.

Although it has yet to be determined if Mr. Mavec’s death was caused by his head injury, the debate about helmets has also resurfaced as a result of this incident (he was not wearing a helmet).

My friend Lloyd Alter over at Treehugger is reconsidering the value of bicycle helmets after this tragedy and another recent incident involving a helmeted bicyclist.

Lloyd had asked for my thoughts about the helmet issue. My thoughts on helmets were summarized in this 2010 article and I welcome readers to comment on the helmet issue in that article. I fully support Lloyd whether or not he chooses to wear a helmet.

My sincere condolences go out to Joseph’s family for their loss. I hope the discussions that result from his death may help somebody else avoid a similar fate.

Note: Article updated on August 10th at 8:41AM to redirect helmet debate to 2010 article and to illustrate places in the Netherlands where bicyclists are also required to navigate streetcar tracks.