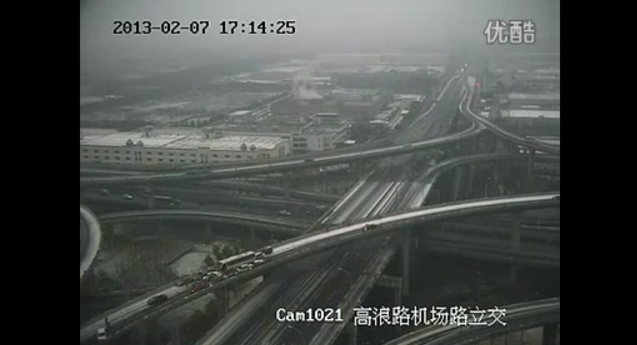 A 19-car-pileup that happened on February 7th was caught on camera in Wuxi, Jiangsu, China.

Scroll to 1:00 to see the cars begin sliding in to each other. Several drivers from the pileup get out of their car and risk their lives to apparently try to warn oncoming cars to slow down to avoid sliding into the pileup.

It would be easy to blame the weather for causing this collision, but the drivers were clearly not adjusting their road speed to the weather conditions, as they should have been.

Car culture is taking a stronghold on Chinese cities, and tens of thousands of people are dying every year as a result. There were reportedly 62,387 traffic deaths in 2011, but others have noted that the actual number could be much higher.

The level of fatalities China is dealing with is a modern problem that did not exist to this extent when China was known as the “bicycle kingdom”. The Chinese once primarily relied on a mode of transportation that did not kill tens of thousands of its citizens every year.