End Of Week Wrap-Up & Quote Of The Week 2 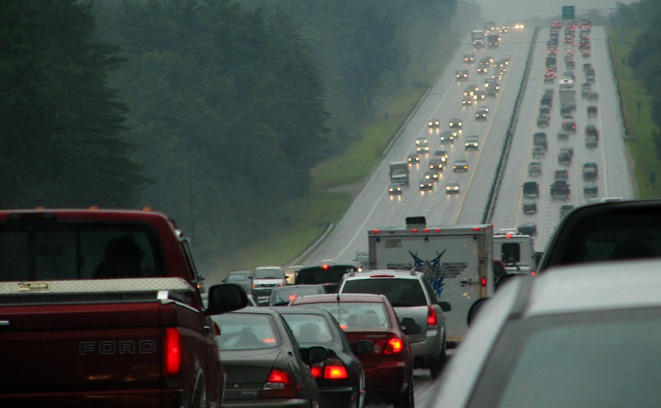 Although bicycle transportation is often the most reliable and efficient mode of transportation in a city, it doesn’t mean it is perfect 100% of the time. Musician Dave Matthews highlighted this when his bike broke down while out on a ride prior to his concert last Saturday. Luckily, he was picked up by a fan who was coincidentally on her way to the Dave Matthews concert.

But bicycles certainly came in handy earlier this week when a pair of Pennsylvania teens chased down a car containing a kidnapped 5-year-old, cornering the driver and forcing him to release the girl.

Our quote of the week comes from Canadian author Taras Grescoe: 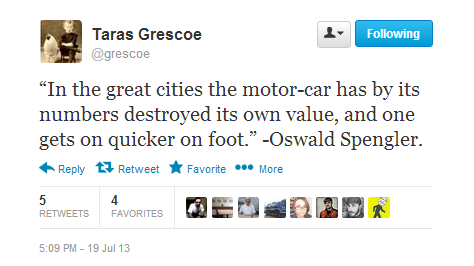 If you missed it, last week we reviewed New York’s “Citi Bike” bike share system, and concluded that it will change New York for the better. While cars in Toronto were submerged in floods, we noted that it was just another ordinary day for bicyclists. We were recently on CBC Radio and last week we posted our segment, called “The Slothful Cyclist”.

Have a great weekend everyone. Will be back on the air again next week. Happy pedalling!