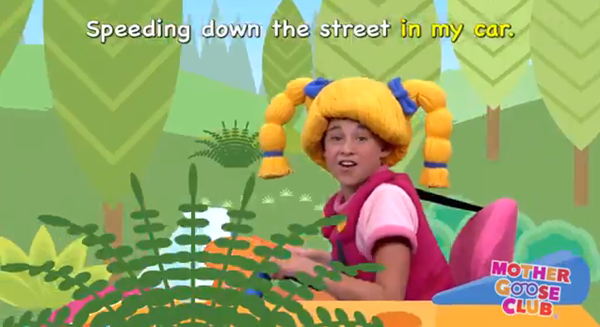 It is difficult in our society for a person of legal driving age to avoid the systematic indoctrination that car culture forces upon us. From car advertisements on television & billboards, to celebrities showing off their fancy wheels, to “auto” sections inside newspapers, to social peers who define “success” by the type of car you drive.

But car culture doesn’t just inflict itself on people who are of legal driving age. Car culture indoctrination starts at a very young age.

In an article in 2010, we talked about how children in China are being introduced to luxury car brands through educational materials: 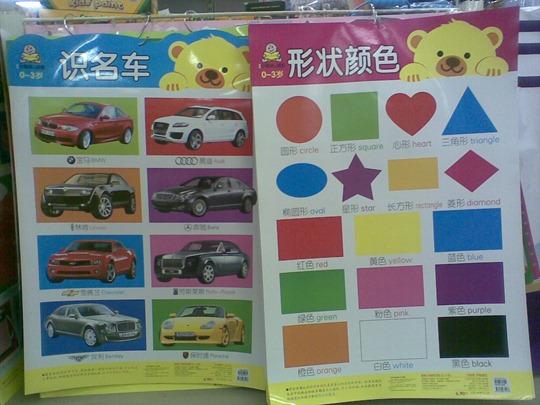 This evening my 2-year-old daughter asked if she could watch a particular children’s program on YouTube. I put the show on for her while I finished up some work. In the “related videos” section, she saw a video with a car in it, and asked me to play it. I curiously obliged.

The video, from Mother Goose Nursery Rhymes – features a girl around 9 years old – who is singing a rather annoying song that celebrates car culture and car dependency.

The “Driving my car” video has garnered more than 13 million views on YouTube since it was uploaded on April 19th, 2013.

Here is a transcript of the lyrics in the song:

Driving In My Car

Vroom vroom. Beep beep.
Let’s pretend we’re driving.
But first, we have to buckle our safety belt.
Here we go!

Bouncing on a bumpy road
Stopping for a hoppin’ toad
Going to my favourite park
Hurry, before it gets dark
In my car
In my car

This video illustrates how deeply ingrained our obsession with cars really is. Many of us grew up with this indoctrination from a very young age. This is what our young children are exposed to.

Thankfully the song – which encourages speeding and glamourizes driving everywhere – is profoundly annoying, so its effect on children is hopefully minimized to an extent. Here is the video for those of you who relish in self-inflicted pain: