Barriers to Cycling: Debunking the Myths 68 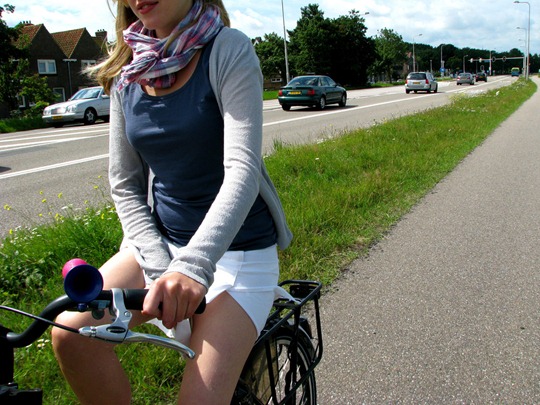 Cycling is a great way to get around. It’s healthy, efficient, fun and sustainable. As such I’m always perplexed when people in North America find every excuse to avoid utilitarian cycling.

It’s not necessarily that people here are inherently lazy; in fact in many cases it’s on the contrary – many of these people who avoid cycling spend hours in the gym several times a week.

I am baffled as to why people would be willing to pay a monthly fee to sit on an exercise bicycle in the gym when they could instead be cycling outdoors for their daily commute or for running errands.

In North America there is a perception of danger whenever cycling is discussed. Just last week I rode my bike to a restaurant to meet up with an old friend. She saw me pull up on my bicycle and when I inquired to her if she ever cycled in the city, she responded that there was no way on earth she would ever ride a bicycle on the same roads as cars – far too dangerous.

A major contributor to this disinformation and fear-mongering in the media. Many of those who rely on automobiles in our cities feel threatened by the rise in interest in cycling and as a result they try to deter people from cycling by playing up the inherent dangers of cycling.

The truth is, you are probably safer riding a bicycle in our city alongside automobiles than you are driving an automobile on the highway. But nobody would ever question driving their cars on the highway, nor would they respond “it’s far too dangerous” when asked about driving.

A 1994 study by the Consumer Products Safety Commission concludes that there are about 13.3 cycling fatalities per million versus 156.8 motor vehicle fatalities per million. Mighk Wilson points out in his essay that an average cyclist would need to ride non-stop for 456 years before experiencing a fatal crash. Over the last 5 years in Toronto, there have only been 13 fatal cycling collisions with motor vehicles.

In 2003 I pushed my bicycle home 3 kilometres – without a rear wheel – somebody had swiped my wheel in the Little Italy area of Toronto. In 2005 I had a bicycle stolen on the first day I rode it to work shortly after I purchased it.

Bicycle theft has plagued many cities in North America. It is in part due to the police not taking bicycle theft as seriously as they perhaps could.

Bicycle theft creates a barrier to cycling that can’t be ignored.

The last several years however have seen an enormous improvement in technology. Built-in GPS devices for theft prevention aren’t too far off, and lock technology is constantly being upgraded while police services are improving their bicycle tracking systems.

The best approach to deterring theft is to spend some money on a good quality lock – it’s worth the investment.

It may shock you, but if I obeyed my condo building rules my car would be more easily accessible than my bike. In my building bicycles aren’t allowed on our patios, in our units, or locked up in our parking spaces behind our automobiles.

This is a major deterrent to the cycling culture. If I obeyed the rules, it would take me close to 10 minutes just to get my bike out of the bicycle storage room. That turns a 15 minute jaunt to work into a 25 minute expedition.

Thankfully my building generally turns a blind eye to the official “rules” and allows me to keep my bicycle inside my condo unit.

One less barrier to worry about.

There is a common misconception – especially in Canada – that there are only a few months of good cycling weather due to our long, cold winter. This couldn’t be further from the truth. In Toronto, there are only 2 months of the year where the average temperature is below freezing – January and February.

For the other 10 months of the year, cycling is very feasible. On colder days, cycling can help keep your body warm. In fact, I find it more comfortable to cycle in cooler weather (say 5-10 degrees Celsius) than in the middle of the summer.

Most cities in North America have experienced urban sprawl due to the proliferation of cheap land in surrounding areas and the constant need for bigger, cheaper houses on large plots of land.

Therefore, commuting via bicycle isn’t always a feasible option. Nobody wants to cycle 50 kilometres each way to work. But who says you need to cycle the entire distance to work?

Starting with small steps can help make cycling more of a habit that becomes more integrated into your lifestyle. It’s liberating – trust me.

Urban cycling is already relatively safe, and the best way to make it even more safe is to achieve a critical mass of daily cyclists. If enough people ride, the infrastructure will follow – but we shouldn’t be sitting around waiting for it to come before we take to our pedals.

Helmets are a major barrier to cycling in North America. They are awkward to carry around, they mess up your hair, they usually stink, they often look quirky.

To make matters worse, the right wing media often tries to instil fear with the public that riding a bicycle without a helmet is dangerous and that helmets should be mandatory. More often than not, those who call for mandatory helmets are not cyclists.

The truth is, helmets are not as useful as you might think. For many people, they only provide a false sense of security. In serious cases of head injury, bicycle helmets won’t do much for you.

Bicycle helmets also tend to lead drivers to be more careless with cyclists. I find many drivers are a bit more careful when I am helmetless – it’s human nature to be more cautious when other people are more at risk (this doesn’t apply to all humans mind you).

There’s a reason why millions of people around the world safely ride bicycles without a helmet. 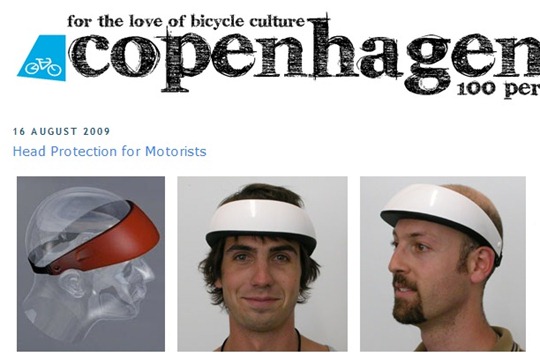 68 thoughts on “Barriers to Cycling: Debunking the Myths”