A Beautiful Morning in Toronto 2 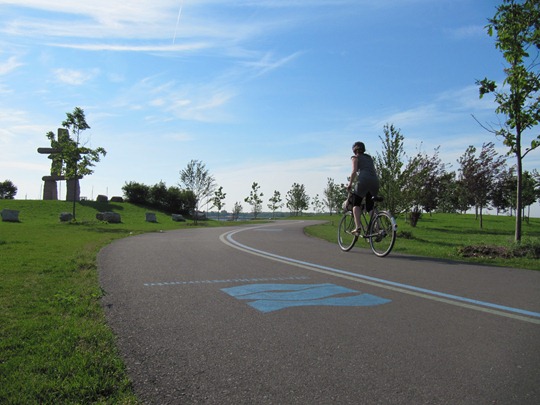 It seems like ages since I posted a “Winter Cycling in Toronto” article featuring me riding my bike on a blistering cold January day. Summer is here now and there are swarms of people riding bikes for transportation now in Toronto.

Despite our poor infrastructure, Toronto is developing a bike culture which doesn’t require pretentious clothing or gear. Sure, we do have the odd “cycling advocate” who will scold you if you aren’t wearing a helmet, but these advocate imposters are few and far between.

Toronto has no choice but to develop a bicycle culture if it ever wants to get proper infrastructure. Implementing infrastructure is extremely political, so it’s important to have a solid contingent of bike riders to help fight for better infrastructure.

It’s unfortunate, because it will always be difficult to attract new cyclists without good infrastructure, but until we get our own Mayor Bloomberg or a Janette Sadik-Khan, we will no choice.

While walking the dog the other morning, I took some photos of everyday people using their bike to get to work, to the store, to school, to their friends house or wherever they were headed.

These photos also highlight one of our nicer bike paths in the city – the Martin Goodman trail – which runs along Lake Ontario. This portion of the path provides a safe route for west-end cyclists to get downtown.

This section of the path also runs alongside a major arterial road – Lakeshore Boulevard – so it’s quite gratifying that motorists sitting in traffic have to watch the bicycles zoom past. 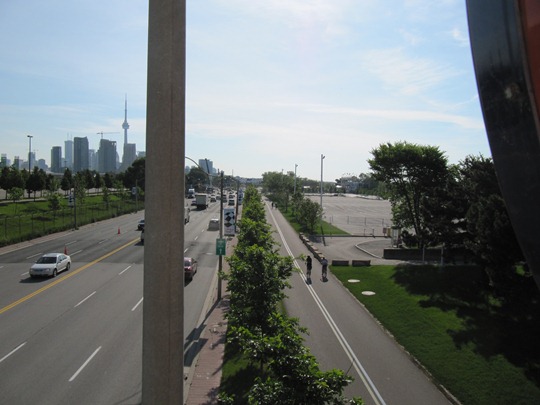 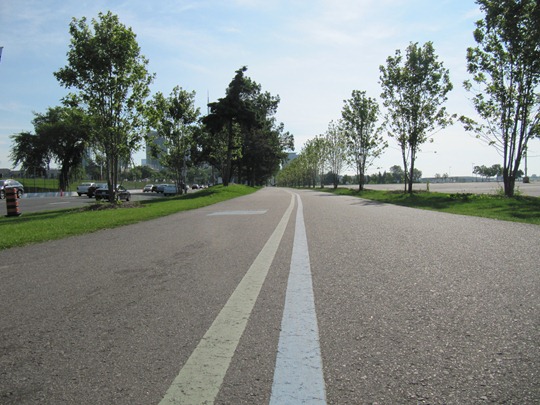 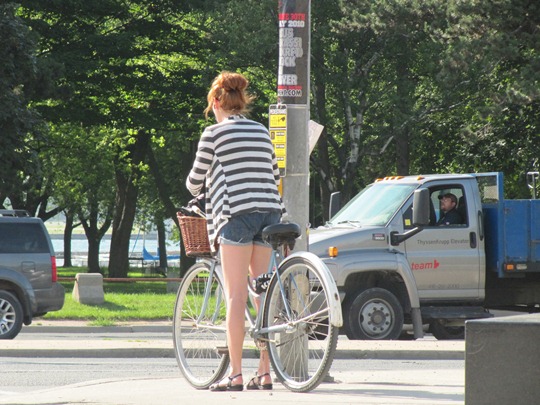 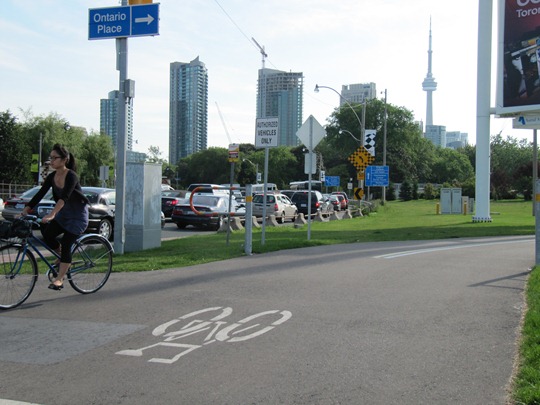 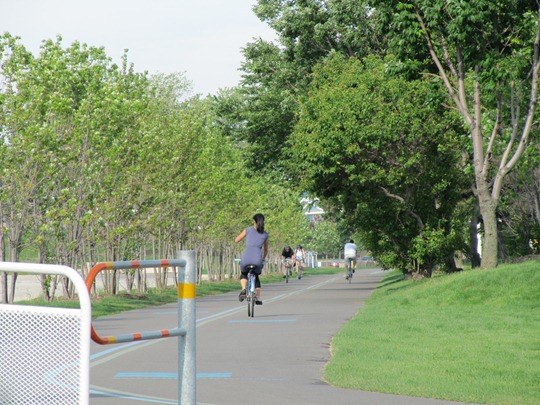 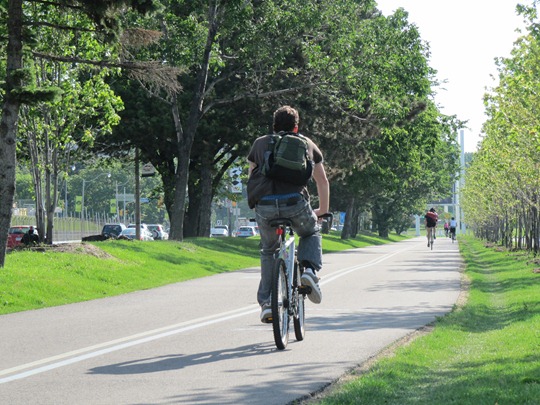 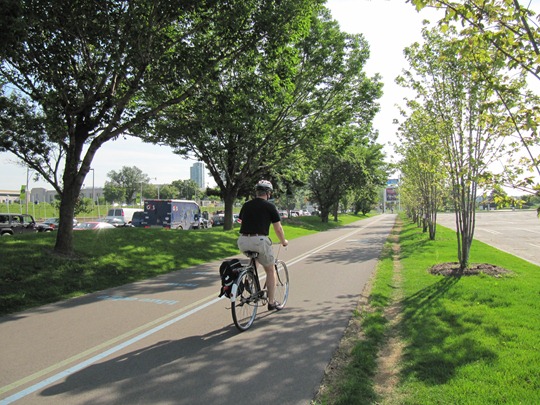 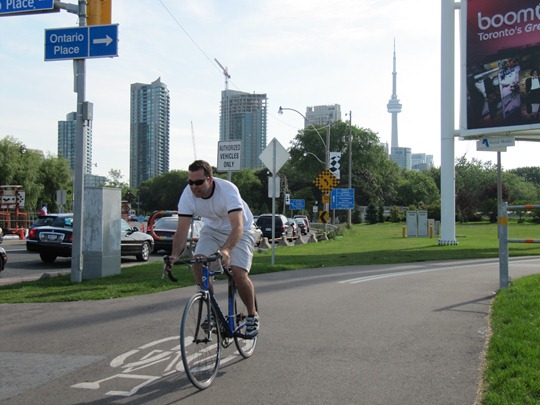 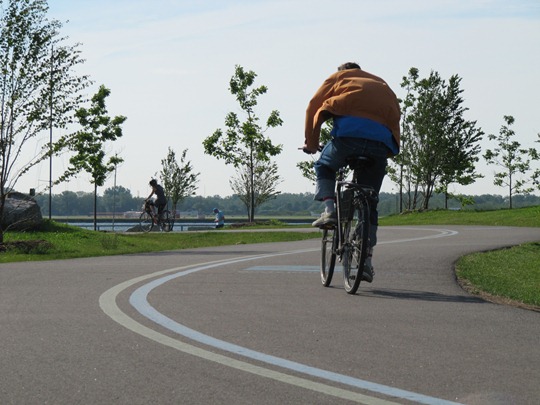 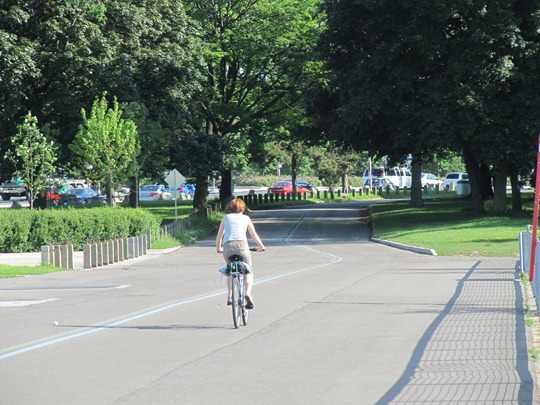 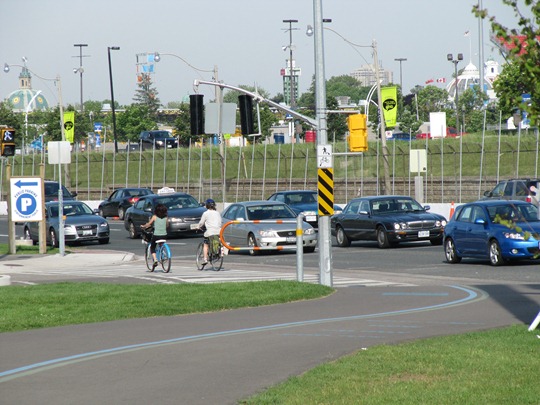 2 thoughts on “A Beautiful Morning in Toronto”