Doctor Busted on a Bike 59 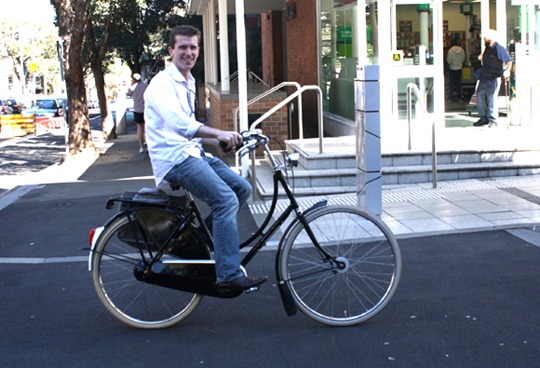 Busted on a Bike is a new series featuring people who have received tickets from law enforcement officers on their bicycles for doing perfectly normal things – like riding a bicycle without a helmet.

In an on-going saga, Dr. Paul Martin – a specialty Anaesthesiologist in Brisbane Australia – was busted yet again for disobeying his country’s mandatory bicycle helmet law.

This isn’t Dr. Paul’s first run-in with the law. He received his first ticket earlier this year for failing to wear a helmet – and he has had several warnings since then. But this is his second ticket for not wearing a helmet.

Ironically, the Doctor had just attended a lecture on promoting sustainable transport by Professor Simon Washington when he was yelled at by 4 police officers.

As Dr. Paul explains it:

I was making my way back to the bikeway to head home when 3 uniformed officers and a plain-clothes detective were walking on the footpath nearby. They yelled at me to come to them (I had to cross two lanes of traffic to do this) and they proceeded to berate me.

Again, I respected their authority and we had a good discussion and things calmed down very quickly. They took my details. Meanwhile the detective phoned for ‘backup’ so they could actually issue me a ticket then and there. So we waited for the patrol car to show up with 2 other officers (that’s 6 in total now…I feel so special).

The new arrival gave the first officer the book and he wrote me a ticket. I pointed out that it won’t change my opinion of this particular law and the financial punishment of the fine will not deter me.

Some of them appeared to be convinced of my arguments – one even going so far as to say they respected my ‘choice’ (as if I had any! They missed that minor inconsistency…).

The ‘late arrival’ police officer missed all the preceding discussion so when I asked if they were going to follow me and what would happen if they caught me again, he said that they could put me in the watchhouse overnight to ‘teach me a lesson’.

I said my legal counsel might have something to say about that and I walked off. Surely that would be an extraordinary breach of police power?

Once out of sight I continued on my way. I had to do a 5km diversion (on roads) on my way home to pay the fine… on bicycle… sans helmet.

‘Where else but Queensland’? 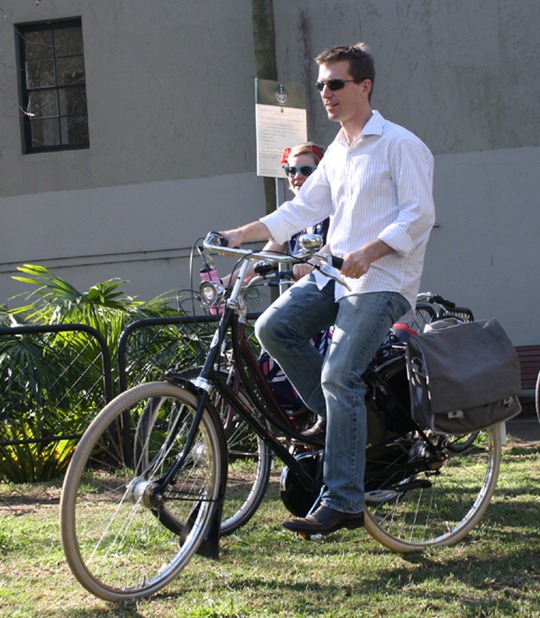 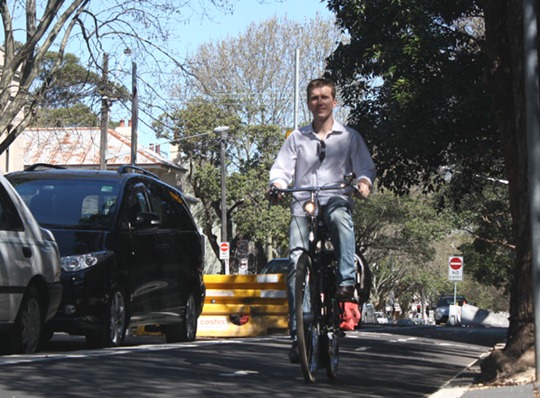 Dr. Martin hopes to raise awareness about the helmet issue by disobeying the law and riding at a reasonable pace on his Dutch Gazelle bicycle.

The doctor is one of a growing group of Australians who use sit-up style bicycles, ride at a leisurely pace, sans helmet – taking the country’s lycra racing bicycling culture on head-to-head.

Sue Abbott, a lawyer from Scone, NSW, Australia has also been challenging the courts in her battle against mandatory helmets for over a year now.

Here is a photo of Dr. Paul and Sue riding together – courtesy of our friend Mike Rubbo from Situp-Cycle.com: 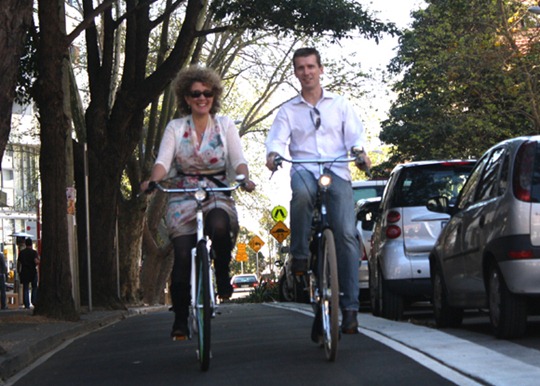 Dr. Paul has been receiving some exposure on the helmet issue. Listen to this radio interview with the doctor on ABC Brisbane radio. He is also a regular commenter on several bicycle advocacy blogs around the world.

When asked about his other run-ins with the law – Dr. Paul explains that after receiving a warning, he will walk his bicycle until the police are out of sight, then proceed on his merry way.

This surely won’t be the doctor’s last ticket for not wearing a helmet. But if nothing else, Dr. Martin is showing Australia that bicycling doesn’t require special gear or clothes.

The sit-up style bicycle is a trend that is emerging all around the world – and there is no sign of it letting up.

Have a story to share about being busted on a bike? Drop us a line!

59 thoughts on “Doctor Busted on a Bike”