Technology Instead of Laws to Improve Safety 29 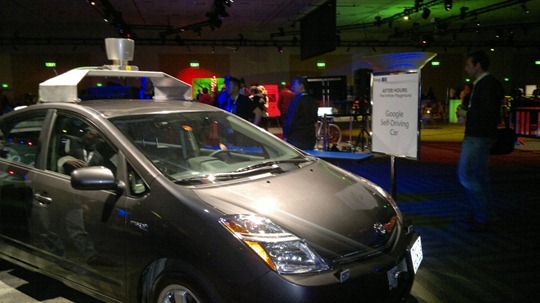 The powerful 2008 documentary film Zeitgeist 2: Addendum suggests that our monetary system based on fractional reserves is the fundamental root cause of all of our social ills in our present day society.

Part III of the film focuses on the use of technology to contribute to the greater good of people and promotes a resource-based economy over a profit-based economy based on Venus project creator Jacque Fresco’s vision for the future of the world.

Fresco’s philosophy is that technology can be used to eventually eliminate all laws. On transportation, Fresco has a vision of technology being applied to increase safety to benefit all people:

Instead of putting up a sign, “Drive carefully, slippery when wet”, put abrasive in the highway so it’s not slippery when wet. And if a person gets in the car when they’re drunk, and the car oscillates a great deal, there’s a little pendulum that swings up and back, and that will pull the car over to the side. It’s not a law, it’s a solution. Put sonar and radar on automobiles so that they can’t hit one another.

Man made laws are attempts to deal with occurring problems, and not knowing how to solve them, they make a law.

Imagine a world where technology could ensure a motorist never puts a bicyclist in danger. A world where separated bike lanes would be unnecessary because even a child could use the roads without the fear of automobiles.

It’s an interesting concept that isn’t as far off as you might think.

As of October 2010, Google had logged 140,000 miles of automated driving in California. To test the concept, Google hired more than a dozen people with clean driving records and had them sit in the driver’s seat ready to take control in case something goes awry. An engineer sits in the passenger seat to monitor the computer systems that guide the car.

Google has experienced just one collision while testing this concept and it happened when another driver rear-ended one of the automated test cars at a red light. Human error. 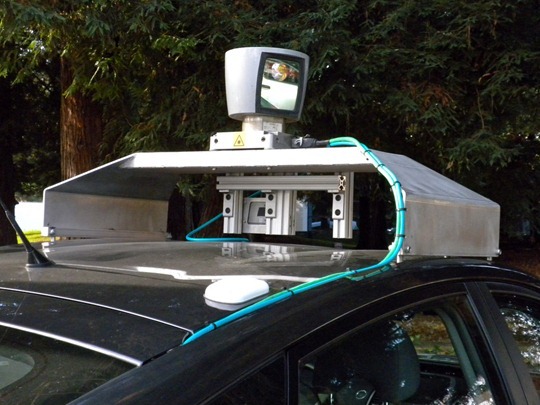 Mass production of automated driving is still many years away, and automated cars pose significant legal questions regarding liability. And although automated vehicles can help improve safety on our streets, they don’t do anything to solve our traffic congestion or pollution problems (sure, automated cars will make more efficient use of the road space, but without congestion tolls this will only serve to induce demand on our streets).

Thankfully, the world has changed significantly in the last 50 years, so one can only dream about how it will change in the next 50 years.

Could technology make bike infrastructure unnecessary? Will most of our traffic laws become redundant?

The possibilities are endless. Let’s just make sure we steer our government and our cities in the right direction so technology can be harnessed for the good of everyone and not just to benefit people who drive cars.

29 thoughts on “Technology Instead of Laws to Improve Safety”