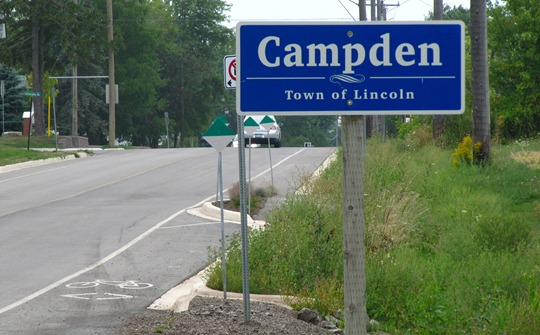 On the weekend we rented a car and drove to Niagara to visit family and have fun in Niagara Falls while Grandma babysat the little one for us.

En route to the Falls while driving through Niagara “wine country” I was pleasantly surprised to encounter a small chunk of bicycle infrastructure that is so uncommon here in the regressive province of Ontario – and particularly rare in a small town.

This bicycle infrastructure cut through a small village called “Campden” (population unknown, but probably less than 200), which is part of the township of Lincoln (population ~22,000).

“Downtown” Campden features bump-out planters – with the bicycle lanes proceeding to the right of the planters – a nice little touch to prevent cyclists from being forced onto the street while having a calming effect on motor vehicles: 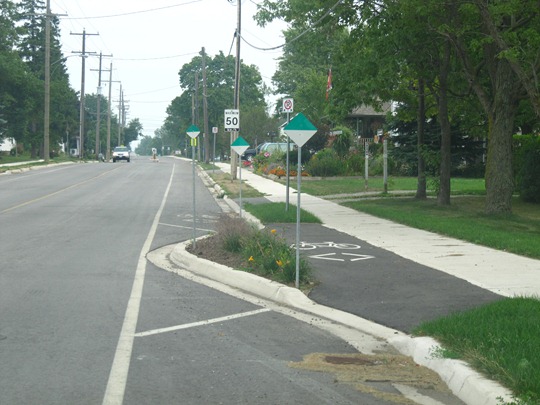 To prevent cars from parking in the bike lane, Campden created short-term parking lanes for cars – with a 15 minute limit: 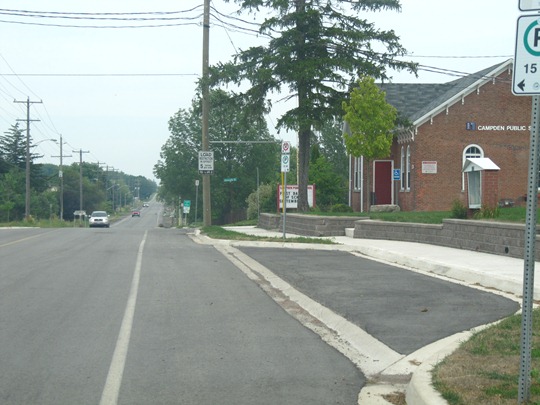 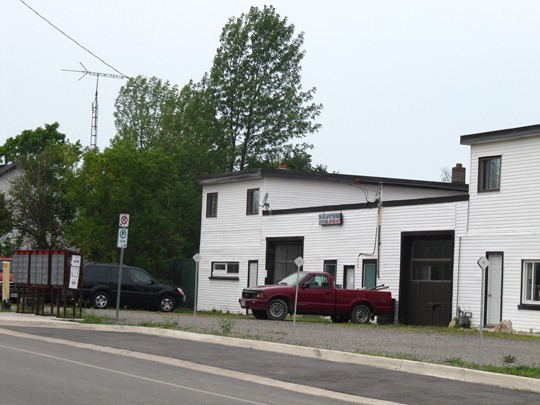 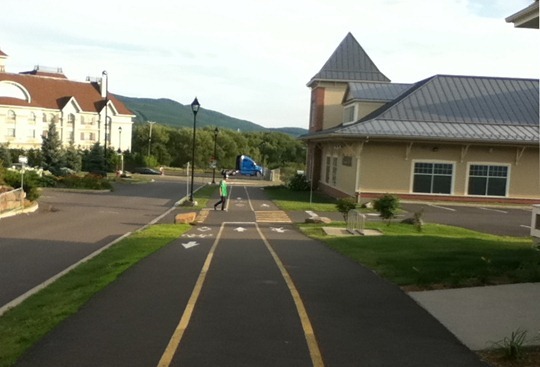 Aside from recreational trails, a small town in Ontario could only dream about (or dread at the thought of) having bike infrastructure like this Quebec pedestrian/bicycle path.

It also explains why people resort to using their cars for even the shortest of trips and their bikes only leave their homes strapped to the back of their SUVs when they head for the off-road trails.

City/town planners should consider bicycles as a viable mode of transportation for short trips within a town. It needs to be convenient and comfortable so people can hop on their bike and head to a restaurant or the corner store.

After all, 49% of all trips are shorter than 5km: a wonderful and pleasant distance to ride a bicycle (if the ride is made comfortable with some basic bicycle infrastructure that is).