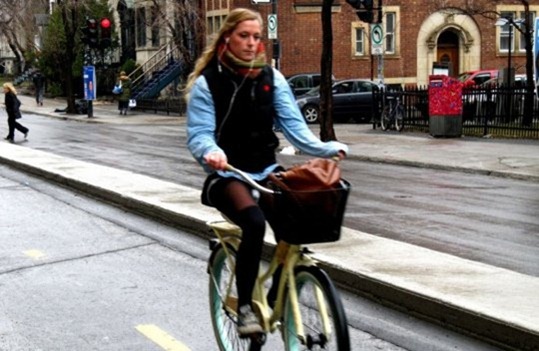 While out for a morning jog with my dog yesterday, I noticed a lady with black thong underwear hiked up above her pant line while riding a bike along Toronto’s Queen West.

Not more than 3 metres behind her was a man on a bike – one hand on his handlebars, and his other hand holding up an iPhone snapping multiple photos of the revealed panties.

It certainly isn’t something you would see very often in a city dominated by sport/gear crazed cyclists (Vancouver), or the lycra-clad racing culture that dominates Australia.

In this video I recorded in June on an average 30-minute morning commute, you can clearly see the lack of cycle-specific gear on everyday Toronto bicyclists. It more closely resembles the Dutch or Danish bicycle culture on a much smaller scale:

Spotting that black thong on Queen street yesterday reminded me that although Toronto’s mayor and City Hall are keen to rid bicycles of the streets to “make room for cars”, a healthy culture of everyday people using bicycles to get from point A to point B already exists.

The focus of Toronto’s current mayor to bring more cars into the city will only drive more people to use bicycles (pun intended). And the City Council decision to tear out existing bike lanes will only solidify the resolve of the grassroots advocate groups who have been fighting so hard just to get the small amount of infrastructure that is now being torn out before our eyes.

Vancouver indeed has much better bicycle infrastructure and is blessed with a progressive, visionary mayor, but Toronto beats Vancouver in that it has a strong culture in its infancy of regular people that use bicycles to run their errands or to get to work – just like in Amsterdam except on a smaller scale. 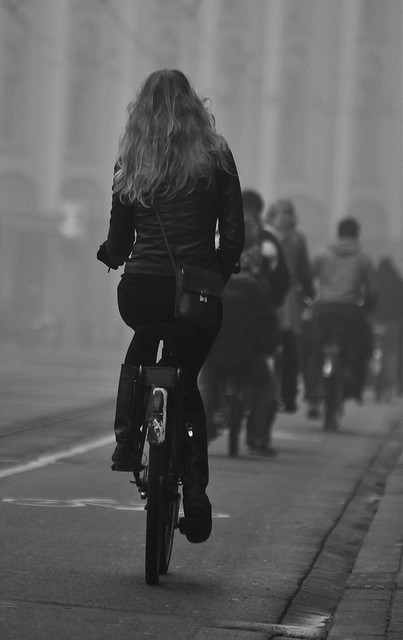 And for those cities that are more focused on the sport/recreational side of cycling, they too can enjoy their own thong underwear on cyclists: 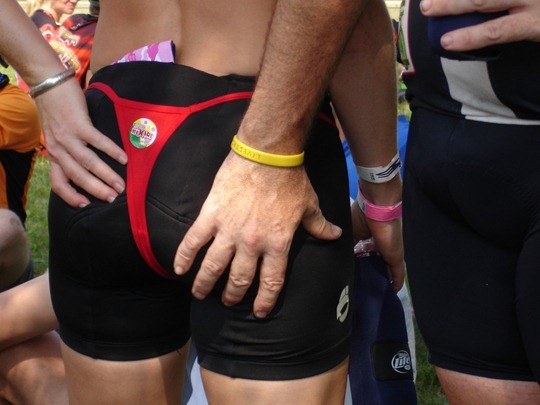