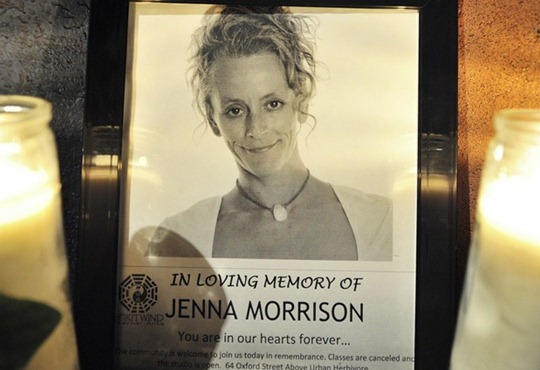 On Monday morning, a wife, mother and yoga instructor who was 5-months pregnant was run over by a truck and killed in Toronto in a completely avoidable incident. This senseless death has been on the minds of thousands of people in Toronto because it was so tragic and yet so avoidable.

As a result of this incident, fellow Toronto citizen and cyclist Kristin MH wrote “The Driver Privilege Checklist”, a list of privileges that drivers often take for granted. The list is essentially disadvantages that cyclists have, but presented as privileges of drivers instead of disadvantages of cyclists.

To briefly explain the concept of privilege checklists, “The Male Privilege Checklist” is a good example: In that article the author quotes Peggy McIntosh who in 1990 observed that “whites in the U.S. are taught to see racism only in individual acts of meanness, not in invisible systems conferring dominance on my group.” McIntosh created a list of privileges that white men enjoy in order to illustrate the invisible institutional racism that many people don’t even realize exists.

Using the same technique, Kristin MH highlights privileges that drivers enjoy in order to help illustrate what might otherwise be invisible. Kristin explains that the intention is not to scold drivers:

“Remember when you read this: If you have privilege in a situation, that doesn’t make you evil. It doesn’t mean that you have no problems and your life is perfect. Hell, it doesn’t mean that you aren’t un-privileged in another way! What it means is that you have a greater chance than a non-privileged person of being an asshole under this specific set of circumstances, and thus you have a greater responsibility to act in such a way as to not be an asshole. That’s really about it.”

A memorial ride will be held for Jenna Morrison on Monday November 14th at 7:30AM at Bloor and Spadina.

51 thoughts on “The Driver Privilege Checklist”