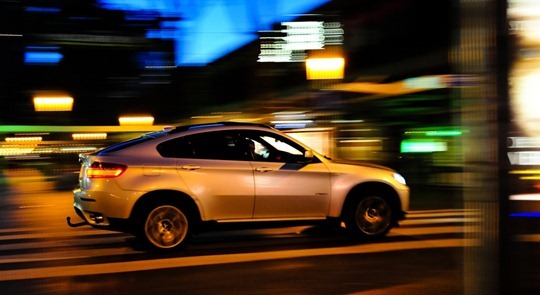 University of California Berkeley researchers recently performed a series of studies that found a strong correlation between wealthy people and cheating. Among other things, it found that people driving expensive cars were four times as likely to enter an intersection when they didn’t have the right of way.

From the LA Times:

“People driving expensive cars were more likely than other motorists to cut off drivers and pedestrians at a four-way-stop intersection in the San Francisco Bay Area, UC Berkeley researchers observed. Those findings led to a series of experiments that revealed that people of higher socioeconomic status were also more likely to cheat to win a prize, take candy from children and say they would pocket extra change handed to them in error rather than give it back.”

To explain this phenomenon, the researchers concluded that rich people are less dependent on social bonds for survival, so they have less concern about rules. Or perhaps rich people’s disregard for rules was one of the reasons why they became rich in the first place.

More from the LA Times article:

“The driving experiments offered a way to test the hypothesis “naturalistically,” he said. Trained observers hid near a downtown Berkeley intersection and noted the makes, model years and conditions of bypassing cars. Then they recorded whether drivers waited their turn.

It turned out that people behind the wheels of the priciest cars were four times as likely as drivers of the least expensive cars to enter the intersection when they didn’t have the right of way. The discrepancy was even greater when it came to a pedestrian trying to exercise a right of way.

There is a significant correlation between the price of a car and the social class of its driver, Piff said. Still, how fancy a car looks isn’t a perfect indicator of wealth.

So back in the laboratory, Piff and his colleagues conducted five more tests to measure unethical behavior — and to connect that behavior to underlying attitudes toward greed.”

This study certainly attests to the anecdotal observations that I have made while riding a bicycle – namely that the vast majority of BMW drivers drive like assholes.

Wealthy people seem to feel they are more entitled than the less wealthy, and this study highlights that this extends beyond our streets and is widespread in our society.

A Hummer driver once argued to me that he has more of a right to the road than me because he pays more for the road through fuel taxes.

I guess that also means the Hummer driver has more of a right to breathe in exhaust fumes than me because he emits more than I do.

Wrap those lips around your tailpipe Mr. Hummer. Suck it like you’ve never sucked before – you sure have earned it friend.