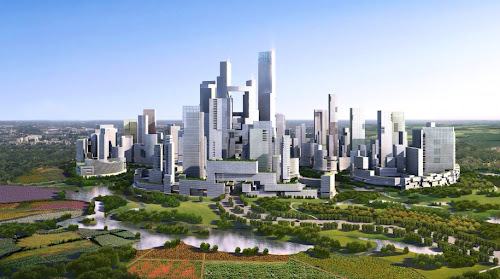 Imagine a city of 80,000 people where the nearest park is only a two minute walk from every home in the city. A city where public transit is only a few steps away, bicycling is convenient and comfortable, and where urban sprawl is against the law. Where cars are allowed, but will be more of an inconvenience than anything else.

This vision is currently being developed in central China, outside of Chengdu. It will take shape on a 78 million square foot site designed for people who are tired of living in cities where the vast majority of surface area has been taken away from the people and given to cars.

“Half the road space will be reserved for non-motorized traffic, and electric shuttles will get people where they cannot or do not want to walk. All homes will be within a two-minute walk of a public park.

An “eco-park” will treat wastewater and solid waste, and generate power. Land outside the city will be reserved for farming. Wildlife habitat will be protected. Buildings have been designed to maximize the use of wind power; the planners decided Chengdu’s hazy climate is not conducive to solar power.”

The developers expect energy use to be “cut by 48 percent, water use by 58 percent, and produce 89 percent less waste, compared to a conventional development with a similar population.” 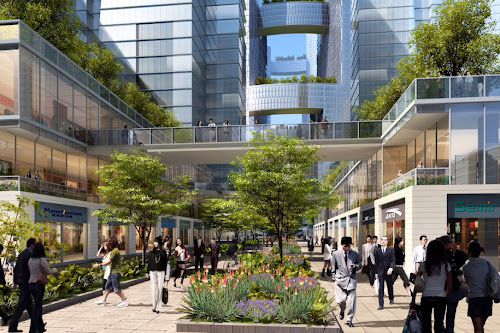 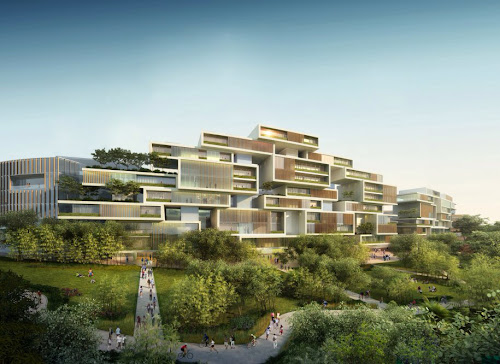 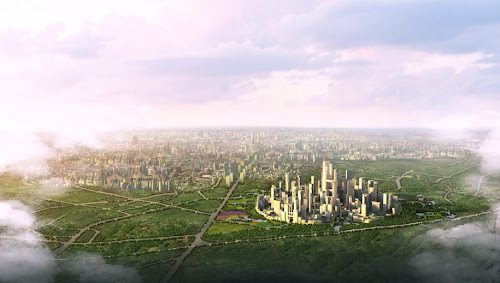 It has long been a dream of mine to live in a community that hasn’t been infiltrated by cars. Some of the most liveable, serene communities in the world are island communities where cars aren’t allowed.

On Toronto island children can play on the streets without worrying about the danger of cars. In a previous article on this blog I had mused that there had never been a traffic death on Toronto island and traffic signals and stop signs are non existent and unnecessary in these pleasant communities.

I couldn’t imagine a better place for my daughter to be raised than in a community that encourages children to play on the streets and stay active.

The issue is that these communities only seem to exist when there is a natural barrier that prevents cars from taking over (usually a body of water).

But I see absolutely no reason why these types of communities can’t exist where there are no natural barriers. The only thing lacking is the vision to create great communities that aren’t automobile dependent.

By no means would the citizens of these communities need to be 100% car free (many island residents own cars on the mainland). Cars could be parked on the perimeter of the community and used for trips outside of the community. But most trips wouldn’t require car use because these communities would have most things that one would need within walking of bicycle distance.

Children could once again play on the streets like they had done for hundreds of years before cars took over the vast majority of our public space.