Too Cold To Take Public Transit 90 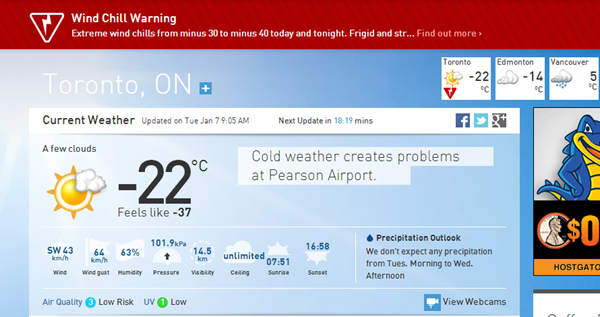 The last two days have seen immensely frigid temperatures here in Toronto. I have still been using my bike on a daily basis throughout the winter, but Tuesday proved exceptionally cold when a friend and I pedaled a few kilometres to a computer store that evening. This was a rare occasion in which I was actually almost uncomfortable riding my bicycle because it was so cold.

The temperature on Tuesday morning was –22C, and the wind-chill adjusted temperature was –37C – far colder than Toronto’s daily average (mean) temperature in January of –3.7C.

My friend and colleague Jen H. took public transit to work on Monday, and on her commute home she ended up walking halfway to her home before the streetcar showed up, taking more than an hour for her to get home.

So she decided she would be better off to ride her bicycle to the office on Tuesday instead of being stuck outside waiting for public transit.

Jen described her bike commute to me through a series of instant messages:

“No problems getting parking this AM hahaha”

“It was a fun ride though. Warm once I got going. My feet froze though”

Jen lives on the edge of downtown, a 15 minute bike ride from the office. However, public transit takes at least 45 minutes.

“It was a fun ride – and for real, I don’t have an hour to wait to get home at the end of a work day – I live downtown to avoid those commutes!!

“Wind behind me the whole way home. 15 min and sweating. So much better than the streetcar.” 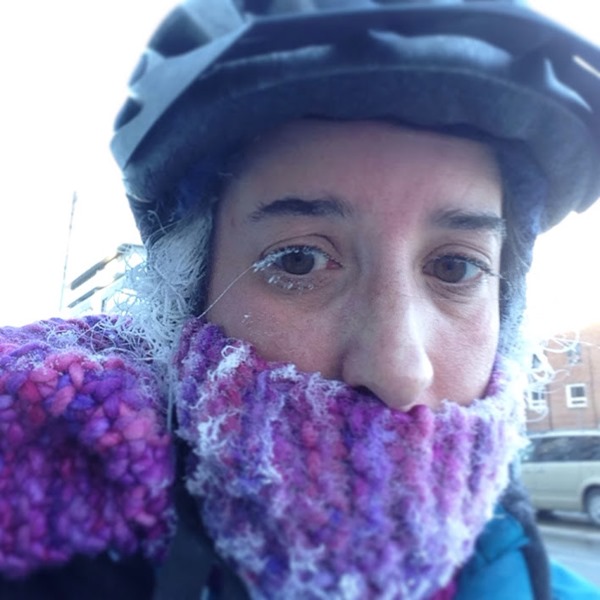 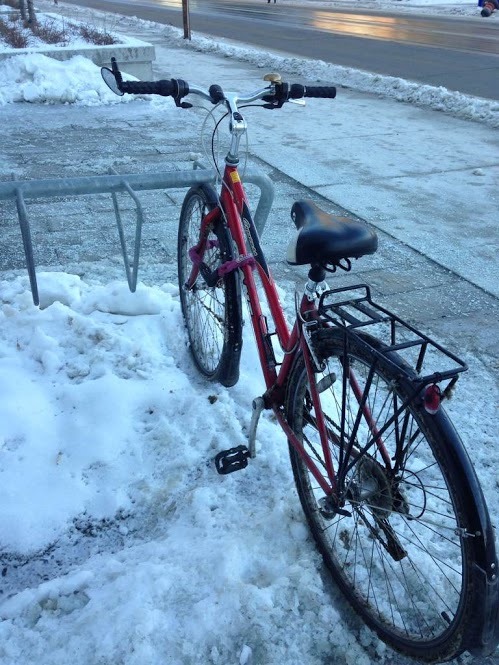 The conclusion? Even in drastically cold weather, bicycling is still by far the best way to get around Toronto.

90 thoughts on “Too Cold To Take Public Transit”