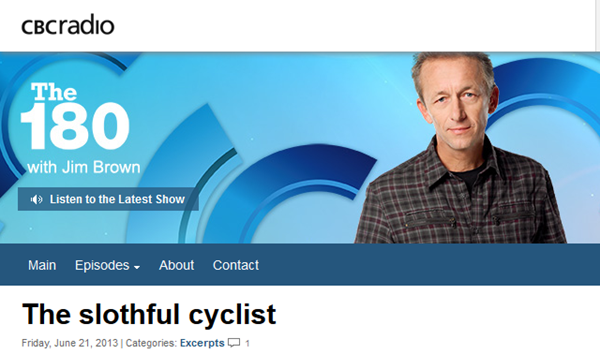 Our “Urban Bicycling Is For Lazy People” recently garnered the attention of the Canadian Broadcasting Corporation (CBC). Below is the 3-minute “Slothful Cyclist” radio segment that I recorded in the CBC studios in Toronto for “The 180 with Jim Brown” show on CBC Radio One.

* For the record, I have never worn spandex.

4 thoughts on “The Slothful Cyclist”