“Not Much Can Go Wrong With That Bike” 4 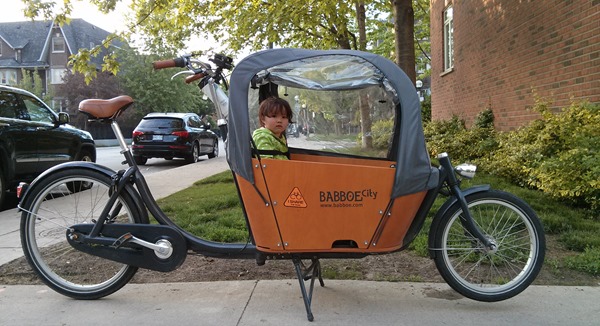 Last night my wife took her car to the grocery store and when she tried to start it again, the battery was dead. I grabbed my cargo bike and went to a nearby mechanic to borrow their mobile booster pack to recharge the battery enough to start the car.

The booster pack managed to get the car started once, but when she stepped inside to drive the car away, she inadvertently shut the car off.

Unfortunately, the booster pack didn’t work again. So I packed all the groceries along with my daughter into the cargo bike and headed home and returned the booster pack while she waited for roadside assistance.

When I returned the booster pack to the mechanic, a taxi driver, who was a patron of the garage, lauded the cargo bike. He loved the idea that a bicycle can easily carry a 2-year-old and a couple weeks’ worth of groceries.

He was of course waiting for his taxi to be fixed by the mechanic, so I explained to him that we can’t always rely on cars, but I can always rely on my trusty cargo bike.

He agreed and said, “there isn’t much that can go wrong with that bike”.

Indeed. My two bicycles require a tune up once a year, and in between there isn’t much that goes wrong with them, save for the odd flat tire, which has happened just once in the past three years.

4 thoughts on ““Not Much Can Go Wrong With That Bike””