Toronto Flood: Just Another Ordinary Day On A Bicycle 8 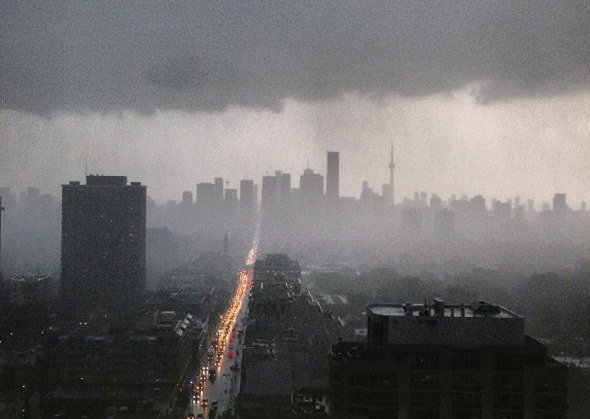 On Monday evening, Toronto was hit by a massive storm that resulted in a record 126mm of rainfall. The city experienced massive flooding as a result, causing cars to become submerged, and train passengers forced to swim to safety.

The city’s underground subway system was shut down due to the flooding, leaving tens of thousands of passengers stranded and 300,000 people were left without electricity after the storm – thousands of which are still blacked out a day later.

To put the 126mm of rain into perspective, Toronto’s average rainfall for the entire month of July is just 74 mm. The previous record for a single day of rainfall occurred in 1954 during Hurricane Hazel, which resulted in 121.4mm of rain on that day.

Below are a few photos that illustrate the aftermath of the storm:

Motorists submerged one block from my home: 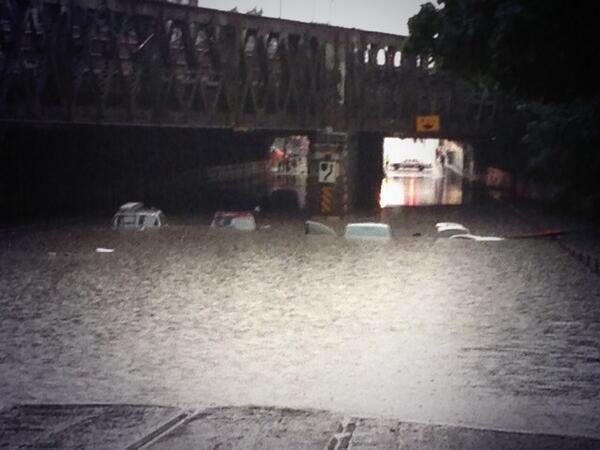 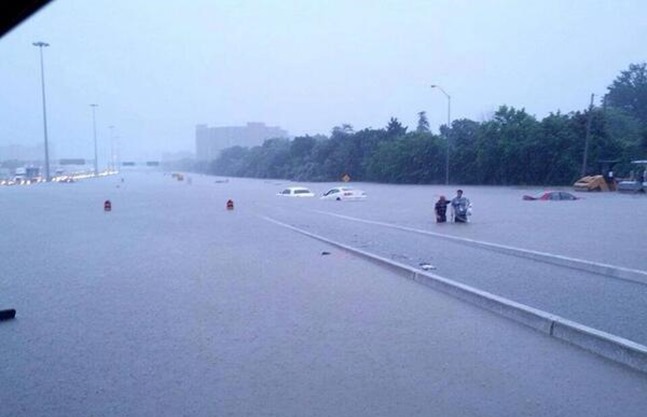 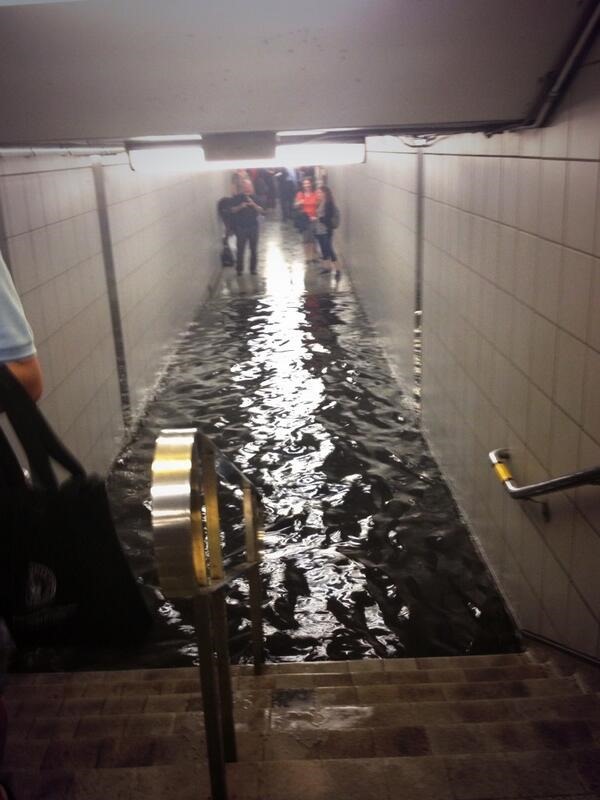 Train commuters stuck for hours inside a flooded train: 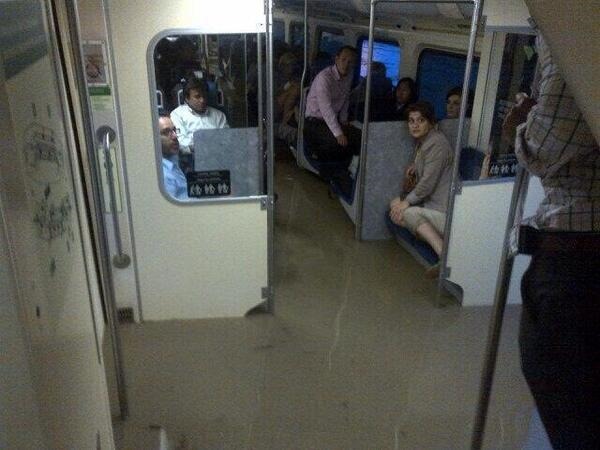 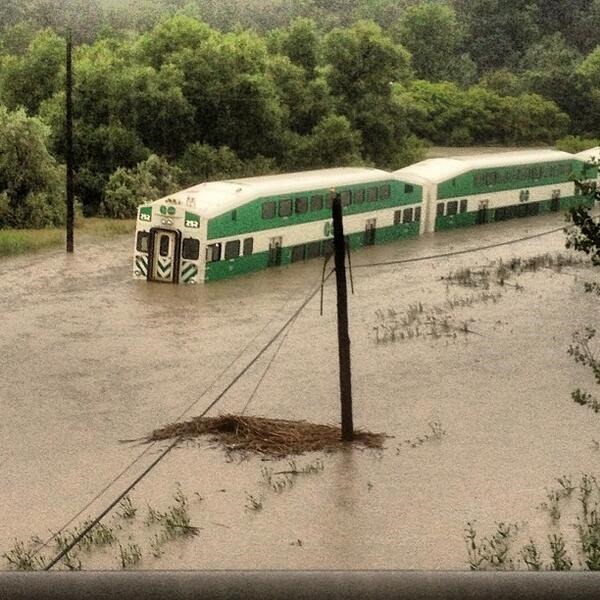 Meanwhile, while tens of thousands of people were stranded or submerged in water, my evening was quite uneventful.

Shortly before the storm arrived, I covered my Brooks saddle with the rain cover that my bike came with to keep my seat dry.

At the time, I was working colleague who is visiting from Edmonton in a coffee shop. When the storm hit, we watched people sprinting through the rain as they passed the coffee shop, while others poured into the coffee shop to get out of the rain.

When the worst of the storm was over, the power went out in the coffee shop, so we packed up our things and made our way to a restaurant to meet another colleague for scheduled dinner.

When the dinner was over I went back to the coffee shop to grab my bike and pedaled to back to my neighbourhood in the rain to meet a friend who was in town just for one night.

I passed by dozens of people who were waiting for transit, hours after the storm. I parked my bike at the restaurant, my friend and I had two drinks, and then we headed home.

No floods, no swimming, no becoming stranded, no 4 hour commutes. Just an ordinary night in the life of someone who gets around using the most sensible, reliable mode of transportation: the trusty bicycle.

We have talked before about how bicycles can help people cope with natural disasters. After the Japan earthquake in 2011, we noted:

“In the aftermath of the massive earthquake and ensuing tsunami that hit Japan on Friday afternoon, millions of people were left stranded at their workplace and tens of thousands displaced from their homes with few options to transport themselves to safety.

Bicycles offer freedom and mobility that you often can’t get with automobiles, and speed and efficiency that you can’t achieve by walking.”

Here is a photo of my friend Kat sporting an umbrella on my bicycle after the storm: 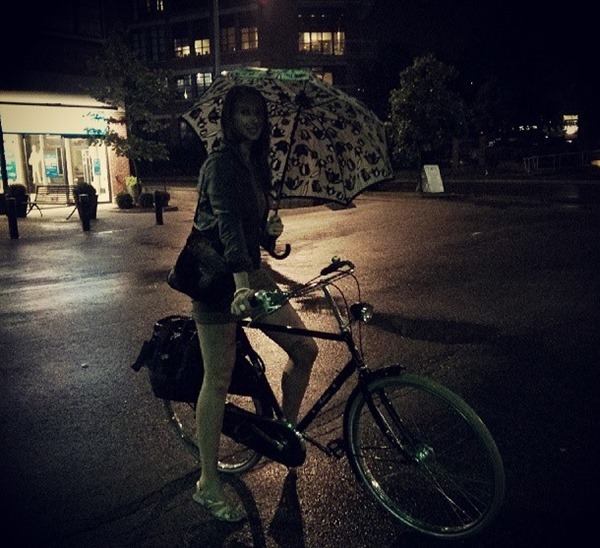 8 thoughts on “Toronto Flood: Just Another Ordinary Day On A Bicycle”