I have always believed that reading the book Mein Kampf, the “angry ranting of an obscure, small-party politician” Adolf Hitler is not necessarily a racist act in the least. Understanding what went on in Hitler’s mind is an important part of understanding history and criminal psychology. It can help us avoid the rise of another ‘Hitler’. Truth be told, there are twisted people in this world that read the book and sympathize with Hitler’s struggle, but I think a lot of people just want to read it to understand the complex mindset of arguably the worst criminal of modern age.

I haven’t personally read it, but it would be in the top 10 books that I’d like to read in the near future.

Related article: Turkey Shrugs Off Success of Hitler’s ‘Mein Kampf’ where the Turkey’s government on Monday played down soaring sales of Adolf Hitler’s anti-Semitic book “Mein Kampf” (“My Struggle”) and said there were no racists in the large Muslim country. 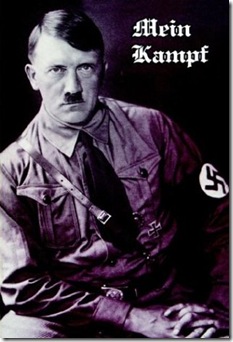