Humans are an interesting species when it comes to food. (Don’t worry, I’m talking in third person here; I don’t consider myself to be another species; although some may disagree).

When it comes to food, humans will blindly indulge food that has been prepared for them subconsciously ignoring the ingredients of said food. I have on many occasions found myself to be very conscious of how much butter I’m applying to a bagel when I’m preparing it for myself. When it’s being prepared by a store, I’m intentionally ignorant to the fact that they are applying significantly more butter to my bagel than I would have ever considered applying myself. I eat it, I love it, and I don’t feel guilty about it. The same applies when I’m drinking a Pepsi; I’m ignorant about the amount of sugar in that Pepsi, but if I was at home mixing Kool-Aid, there’d be no way on earth I would wittingly pour in the amount of sugar that the Pepsi corporation would use when preparing its soft drinks.

That’s why most things I buy at a store or a restaurant taste better to me; because the foods are worse for me, and I would feel guilty using the same ingredients when preparing the meal myself. When preparing a homemade pizza, I don’t pour grease into the bottom of the pizza pan. A friend of mine who worked at Pizza Hut would tell you that this is precisely what Pizza Hut does with their pizzas. But we don’t see it; we eat it, and we love it; spoiled as we are. 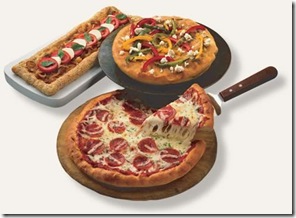