On Friday night we had a work event where we went on a “boat cruise” in Lake Ontario through the Toronto islands. There were a few hundred people on the boat, but one person really stood out. One of the guys that we work with had quite a few drinks and he and his wife were dancing like I’ve never seen people dance before. We even went to a club after the cruise and he took his shoes off in the club and was dancing in his bare feet. It was extremely entertaining, although the bouncer had to tell him to put his shoes back on. But even with his shoes on he had his pants rolled up almost to the knees, shirt unbuttoned and he was getting down and dirty doing every move from Britney Spears to Michael Jackson to Ricky Martin. His wife was a little embarassed watching from the side of the dance floor, but we all loved it.

After 4 exhaustive attempts to get me to go up to a group of girls with him and dance with them, he finally gave up on me. My intoxication level was extremely mild after having only a couple drinks and me dancing sober is about as rare as seeing Burt Reynolds without a moustache.

Here are a few pictures for your viewing pleasure: 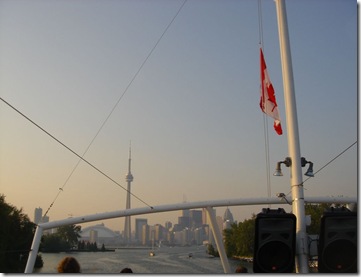 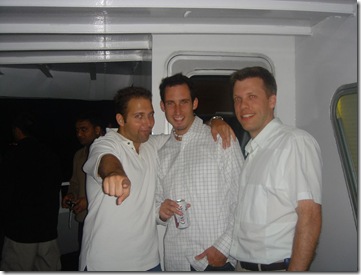 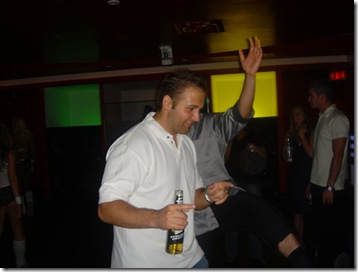 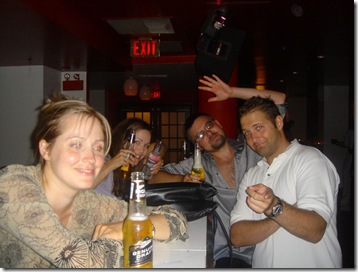