US based Exxon Mobil Corp has posted a record profit of $36.13 billion for 2005. This is the largest profit of any company in US history. Exxon is the world’s largest publicly traded company and its financial statements indicate that it generated $371 billion in revenue in 2005.

It’s no wonder the US has such interests in oil producing countries such as Iraq, there being so many shareholders investing in large oil companies. Oil markets are like gold and shareholders and corporate big wigs in the oil industry have a lot of political pull.

Any disruption to domestic oil production or international oil exports can disrupt the economy and cause inflation to rise. Even a hurricane in the gulf states proved how valuable oil really is in a country overcome by urban sprawl and a reliance on gas guzzling SUV’s to drive one’s self to work every day.

Facing large losses 5 straight quarters in a row, GM is struggling to compete with the Japanese competition in the US. They have announced their intentions to push their line of new SUVs in an attempt to revive auto sales in the US. It’s another example of environmental irresponsibility of large Corporations.

When gas prices are high half of me is happy because it means people will drive less, but the other half of me thinks about the amount of money large corporations are making as profit with little regard for the environment and only being focused on their short term profits and shareholder gain.

Here’s one for the gas companies: 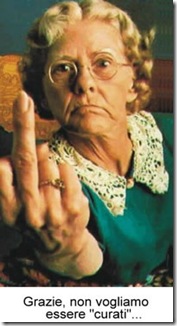