The other day I was visiting a client’s office for a meeting. I took a taxi to the client’s building and upon arriving, I realized that my attire was not appropriate for meeting with a client. The clothes I wore were appropriate, but the fact that my shirt was un-tucked made me feel rather slobbish. Since there weren’t any bathrooms in near sight, I made a decision to quickly un-do my belt and button/zipper on the elevator and try to quickly tuck in my shirt. Since I was alone in the elevator traveling up 16 floors, I figured I had enough time to close the deal.

On the 7th floor, the elevator came to a sudden halt. I panicked and didn’t zip up or button up my pants. I simply did up the belt buckle as quickly as I could. The door opened very quickly and the two people getting on the elevator walked in as I was buckling up my belt. I recognized one of them as an executive who I had attended one meeting with a few months back, but I figured he wouldn’t recognize me.

I stood there very awkwardly with a guilty look on my face; there is no doubt on my mind that these guys thought I was doing the “5 digit disco”, “deploying the troops”, “feeding the ducks”, “shaking hands with Benjamin Franklin”, “strangling Pete”, “strumming the one-string banjo”, “jostling the elder”, “waxing the dolphin”, “yanking the chain”, “punching the pilgrim”, “tackling the tumbleweed”, “slapping the salad dressing”, “firing the Surgeon General”, “pulling the goalie”, “wrestling the one-eyed monster”, “Scouring the tower of power”. Okay you get the point.

I uncomfortably got off the elevator on my floor, and I could feel the strange looks burning a hole in the back of my head as I struggled to compose myself as I walked away. 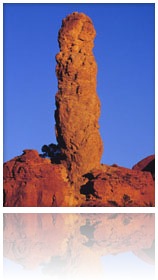 4 thoughts on “The Elevator Ride”