A Cycling Revolution With Mikael Colville-Andersen 2 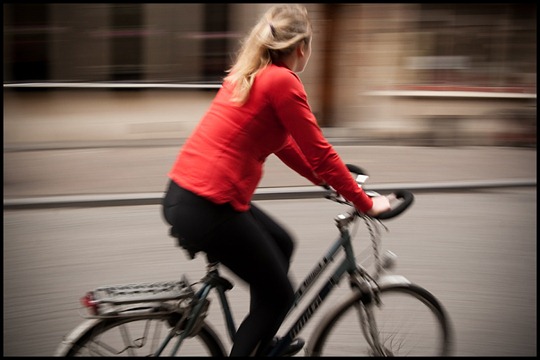 Colville-Andersen has become somewhat of a worldwide ambassador of a cycling movement that is captivating much of the western world.

This man represents the notion that anybody can ride their bike to work in style and when you open your closet it is packed full of cycling clothes – your regular clothes.

Colville-Andersen also runs the popular website Copenhagenize.com, where he preaches that the success of cycling in Copenhagen can be implemented anywhere in the world.

Mikael is known as “Denmark’s leading bicycle ambassador” and speaks and advises governments all over the world through his company “Copenhagenize Consulting”.

Oddly enough, Mikael claims he’s “not into cycling”. Rather he sees himself as someone who can help create “liveable cities”. He believes the bicycle is a tool that can make our cities more sustainable, friendly and liveable.

The following exclusive interview created by my filmmaker friend Michael Rubbo with footage from videographer Violeta Bran-Lafourcade looks under the hood of this fascinating cycling ambassador:

2 thoughts on “A Cycling Revolution With Mikael Colville-Andersen”