Leaders Should Learn from Copenhagen 7 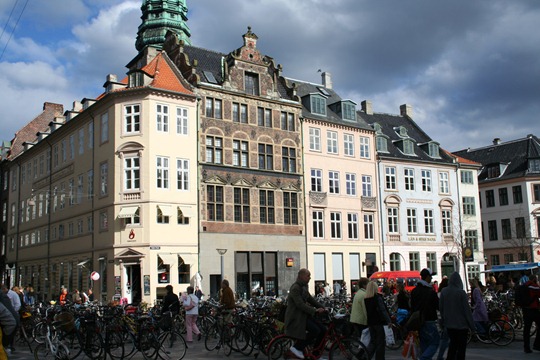 The 15th Conference of the Parties (COP15) to the United Nations Framework Convention on Climate Change in Copenhagen has ended – and not surprisingly it lacks a binding agreement between the parties.

This conference was particularly significant because it was identified by the 2007 Bali Road Map as the point in time where an agreement should be reached for climate change mitigation beyond 2012 (the year the Kyoto Protocol expires).

In my last article on the Copenhagen conference I noted that the leaders of our countries are akin to coaches of sport teams. The coach can put in a framework to build and develop a team, but it’s the team itself that can win the game.

To extend this analogy a bit further, we can say that the coach of the team can influence and inspire the team through their actions or their words.

Canada should be ashamed that its coach (Stephen Harper) has (not surprisingly) neither inspired Canada through his actions nor his words on the topic of climate change. Harper didn’t even have the courtesy to speak to the delegates at the conference as most other world leaders had done.

Granted it has been a tough week for Harper. The media was duped by activist pranksters The Yes Men, and Harper had to clarify that he had no intentions on adjusting his weak emission reduction targets.

Harper was also left off the invitation for an emergency meeting on Friday in an apparent snub by President Obama – surely a bruise to his ego.

If our leaders really care about climate change, perhaps they should take something home from Copenhagen. Several decades ago Copenhagen was threatened by the car culture that has contributed to a worldwide increase in CO2 emissions, pollution, urban sprawl and our dependence on oil.

This tenacious Danish city fought back and over the last 40 years they have improved their conditions to make the city more liveable and sustainable. In a video that was recently posted on Copenhagenize.com, Architect and Urban Planner Jan Gehl says:

“It’s really wonderful to live in a city where every day when you wake up in the morning, you realize that today the city is a little bit better than yesterday. I’ve had this feeling now for almost 40 years”.

Gehl claims one third of the city cycles to work, another third takes public transit, and the last third drives automobiles. In a city that has experienced urban sprawl similar to many North American cities, this is very impressive.

Toronto’s Mayor, David Miller was fascinated by the plethora of bike lanes in Copenhagen while testing out the “Copenhagen Wheel”. When asked how cycling is in Toronto, Miller replies “It’s pretty good but we’re nowhere near Copenhagen”.

You don’t say Mayor! In fact, here in Toronto, the bicycle commuter mode share is a very sad 1.7% of all commuting trips.

If Miller traveled another 600 or so kilometres southwest, he would be even more astonished to see the city of Groningen in the Netherlands. Groningen boasts close to 60% of *all trips by bicycle. Sixty percent of *all* trips! This includes commuting to work, traveling to school, running errands, and even includes the elderly and children. (*updated Dec 21st – per David Hembrow’s clarification).

Mr. Miller might react similarly to this American tourist who visited Groningen and was utterly shocked at the lack of automobiles and the abundance of bicycles (via David Hembrow):

Unlike Stephen Harper, Mayor Miller does have the right idea. We need to invest in sustainable alternatives to reduce our emissions. Unfortunately Mr. Miller is leaving office next year, and has only made modest progress since taking office in 2003.

Overall Mr. Miller fell short on cycling initiatives. The 2001 Toronto bike plan that called for 1000KM of dedicated bike lanes has achieved 418KM in 9 years – many of these bike lanes end abruptly and fail to connect main arterial routes.

Our leaders owe it to us to come home with a vision for the future, and the Danes and the Dutch can teach us a thing or two about reducing our emissions.

7 thoughts on “Leaders Should Learn from Copenhagen”