Friday Fun: The Future Of Toronto 16 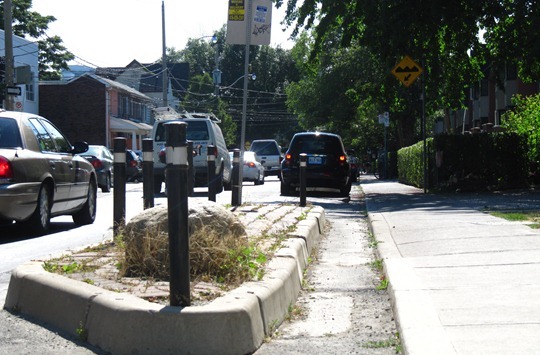 Toronto City Council voted this week to rip out 3 existing bike lanes in the city – an unprecedented measure that may compromise Toronto’s world renown designation as “the best place to ride a bicycle in Toronto”.

In return for the removal of the bike lanes, City Council promised a new network of separated bike lanes (most of which will exist on routes that already have bike lanes).

City Councillors who are leading the new project have committed to building the new separated bike network within 10 decades in the hopes that the infrastructure will increase Toronto’s chances of winning its bid for the 2108 Olympic Summer Games.

While the new separated bike network is slated to take 10 decades to complete, the local Councillor who is leading the development of the separated infrastructure, Denzil Minnan-Wong, snuck in a last minute amendment to remove all existing bike lanes in the city within 5 days in an effort to reduce congestion in the city.

When asked about his last minute amendment, the Councillor responded:

“When it comes to bicycle infrastructure, we are spending almost double what the last administration spent”.

“Did I already tell you that we are spending double what the last mayor spent on bicycle infrastructure?”

A local Councillor who lobbied to have two bike lanes removed in her suburban ward chimed in with an explanation as to why removing bike lanes makes the city more liveable:

“I used to live downtown. I used to walk on my own two feet. It was great! But then I moved to the suburbs and I haven’t walked since. Things are different out here. Bike lanes just aren’t a good fit here because we are forced to use our cars”.

A reporter asked the Councillor if she was taking any meds; particularly the hallucinatory type, but Councillor Michelle Berardinetti didn’t find the question appropriate and told the reporter to “go bike himself”, whatever that meant.

With Toronto’s bicycle infrastructure being torn out, we thought it would be appropriate to showcase Toronto’s existing separated bike lanes so that one day our grandchildren’s children can look at how great their grandparent’s parents once had it. 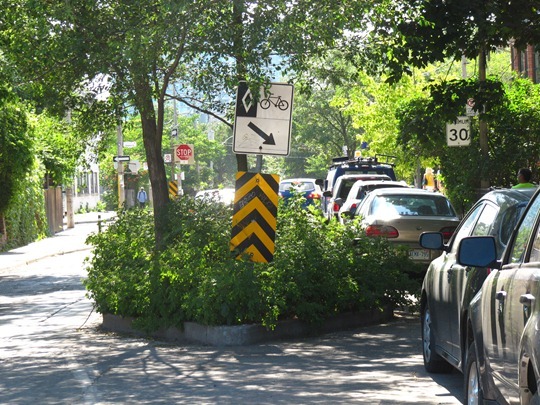 Oddly, nobody actually uses this great separated bike lane. I on the other hand counted myself doing 15 circles around this street planter in an attempt to showcase this great infrastructure to other passing cyclists.

Unfortunately, I got dizzy and had to vomit on this bike lane. So if you’re passing through this area, make sure you watch out for the curry chicken and Cheerios splattered on the middle of the bike lane (not the Honey Nut Cheerios on the sidewalk, that was from a drunk person the night before): 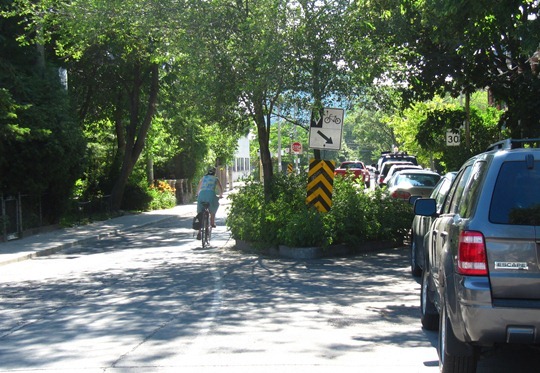 The design was borrowed from Montreal, though most Torontonians say this lane puts Montreal’s curb-separated bike lanes to shame: 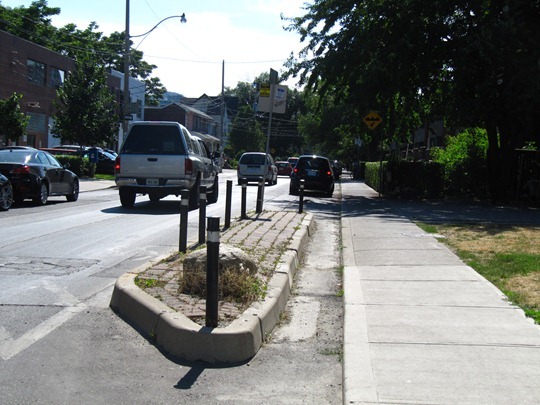 Our next separated bike lane was no doubt designed with cyclists in mind. A strong barrier was implemented to protect cyclists from the dangers of motor vehicles which frequently drive more than 70km/h on this stretch of Fort York Boulevard. 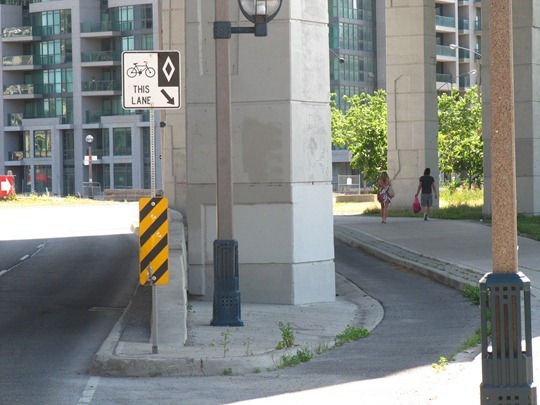 The cyclist below was spotted using these safety lanes. Not a single motor vehicle came anywhere near this cyclist while I took the photo.

In fact, it wasn’t until after the separated bike lane ended that this particular cyclist was brushed by a man in a BMW whose poor family was sadly waiting for him to come home for dinner due to the congestion caused by this cyclist: 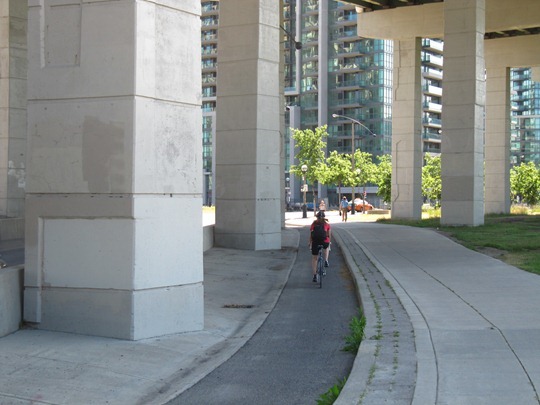 Below you can see where these safety lanes end and once again merge with motor vehicles. This particular bike lane was first conceived after World War 2 by the Toronto Cyclists Union. After 60 years of lobbying by the Cyclists Union, Toronto City Council finally caved in and gave cyclists this 50 meter stretch of separated bicycle infrastructure: 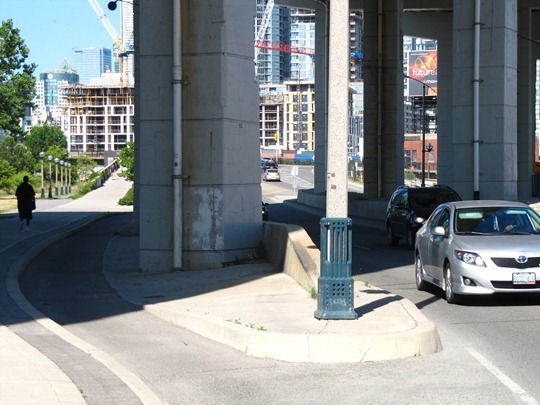 There are plenty of other examples of amazing bike infrastructure in Toronto, but now that City Hall is ripping it all out this article may become nothing more than a page in Toronto’s historical archive.

Note: No bike lanes were harmed in the making of this article. We left that for our City Council to handle.

Don’t worry, The Urban Country is not becoming a bicycle-themed version of The Onion. We will resume our regular non-satirical writing next week.

16 thoughts on “Friday Fun: The Future Of Toronto”