Who Controls Your Media? 1 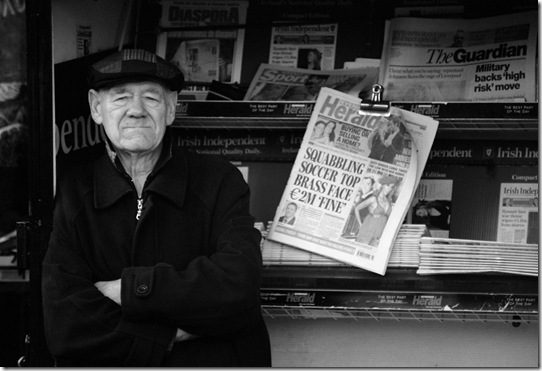 For a period of time in my life, I was a news junky. I wanted to know everything that was going on in the world. Although I think it’s important to be aware of world events, I think too much mainstream media can have a detrimental effect on your well-being.

After all, negative news is much easier to sell than positive. When you watch Paris Hilton’s “My New BFF”, the contestants aren’t sipping tea and complimenting each other. Like every other “reality” TV show out there right now, the show centers around drama, quarrels and insults. Negative media, that’s what sells.

However, with the evolution of the Internet, and the steady improvement in online feed readers, it’s now easy to find the news that you want to read and bypass the topics that don’t interest you.

You’re no longer obligated to sit through a pre-determined CNN program where you have no control over what news you’re presented. Much of that content that you were previously subjected to can be swept under the rug forever (Bye, Bye Fox News).

Even though we’re empowered behind a computer to choose content at our own discretion, there is still a key media outlet that will persist for some time yet in the form of newspaper stands.

Like most people, I’m subjected to the news headlines every day on my morning commute to work. After 3 years of walking to work and glancing at constant negative headlines, I finally decided to do something about it. I created the website torontosunsucks.com which is devoted to exposing a local Toronto newspaper for its fear-mongering headlines.

Although newspapers won’t be around forever, they aren’t going anywhere anytime soon.

With all the negative media about the economy, wars and dirty politics, I’ve been less enthusiastic about viewing the latest news headlines.

I’m now consciously focusing less on a macro level and more on a micro level. I want to know what I can do as an individual to make our world a better place.

After all, it’s micro-level circumstances in our lives that we can potentially have the greatest impact on.