What’s this about PETA? 2 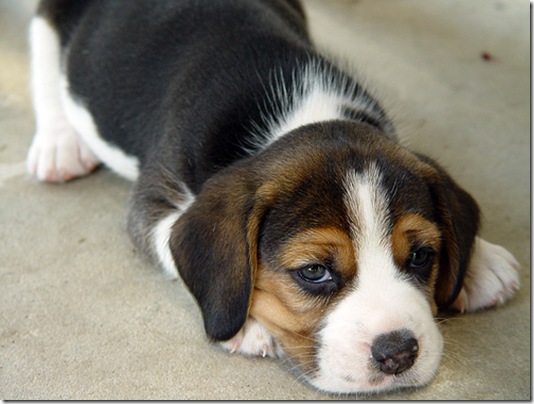 (“Puppy Love” is courtesy of pietroizzo’s photostream on Flickr)

I haven’t made up my mind on PETA yet (People for the ethical treatment of animals). I’ve heard a lot of things about them; I’ve heard a lot of badgering that they do to prove their point (which reminds me of the Greenpeace folks as well), but at the same time they stand behind a very admirable cause: “The Ethical Treatment of Animals”.

But, somehow, I feel like every time they try and make a point, they use fear-mongering and shock-value to get their point across and get people on their side (though, sometimes they use pretty girls (NSFW)). This reminds me of the Toronto Sun and all the fear-mongering they use, but that’s another topic. (And I think this is a good plug for torontosunsucks.com which I find hilarious).

I mean, here’s a link from their site (warning: it’s graphic): I call this fear-mongering, because they show all these graphic pictures so that viewers will get a shock and will support PETA. As I said, I haven’t made up my mind on PETA, but I guess it’s obvious which way I am leaning.

I was inclined to write this post, because I fell upon this article today: PETA Killed 95% of Adoptable Pets in its care during 2008. Here’s a quote from this article:

And another quote from PetaKillsAnimals.com.

“PETA’s “Animal Record” report for 2008, filed with the Virginia Department of Agriculture and Consumer Services, shows that the animal rights group killed 95 percent of the dogs and cats in its care last year.  During all of 2008, PETA found adoptive homes for just seven pets.”

The Centre for Consumer Freedom (CCF) is non-profit organization promoting consumer choices. The CCF makes all these claims against PETA and claims the the group has ties to violent activists and uses aggressive message-marketing to children. I find these claims very easy to believe. PETA has some explaining to do.

Once again, I haven’t made up my mind on PETA. I’m sure they have their side of the story. Further research (PDF) provides some PETA come-back lines such as: “we were relieving them of their suffering” and “this story is complete fabrication”.

I haven’t made up my mind on PETA, but they use aggressive measures, they use shock-value and fear-mongering, and this latest news is one more strike against them; at least in my books.

On another note, I went on the PETA website while writing this post and saw an article against the seal hunts in Canada. Yet another good shock-value story. I have some opinions on that topic too – but that’s for another post.

2 thoughts on “What’s this about PETA?”