Ignoring the Real Problem On Our Streets 6 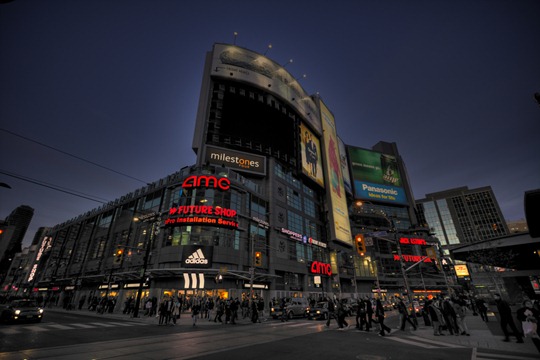 Sitting in a car at a busy intersection in downtown Toronto, another car approaches the intersection, barely slowing down before making a right turn on a red light – tires screeching as he proceeds through the turn.

Ten seconds earlier and he may have been the latest driver to run down a pedestrian at a Toronto intersection – and if the pedestrian was really unlucky, she would have been the 27th pedestrian to die this year on Toronto streets.

Last week a Toronto Sun video rubbed me the wrong way. For once, it wasn’t solely the result of poor reporting – it had more to do with irresponsibility of the Toronto Police Service for ignoring the real problem on our streets.

The video consists of a report by Toronto Sun reporter Chris Doucette on the death of a 65-year-old pedestrian who was killed last Tuesday in North York while crossing Greenwood Village Road near Bathurst and Steeles.

Here are some points pulled from the video:

Although I think it’s good to remind pedestrians to be cautious when crossing the road, there is nonetheless a gaping hole in the logic used by the Toronto Police Service.

There is absolutely no mention whatsoever in this report that calls for drivers to be more cautious when entering these dangerous intersections.

For the Toronto Police Service to focus on pedestrians instead of focusing on the core issue on our streets is completely irresponsible and illustrates how complacent we have become as a society.

It confirms that we have created a society where drivers needn’t be responsible for their actions by blaming the vulnerable victims who have needlessly died as a result of these drivers’ careless actions.

This same mentality is common when discussing cycling in the city as well. I have heard people make comments such as “cyclists who ride without helmets deserve what’s coming because they have no regard for their own safety.”

This ass-backwards logic of putting the onus on the most vulnerable users of our roads makes absolutely no sense. It has created a sense of entitlement for drivers and it creates unnecessary risk for everybody else.

Drivers have the greatest responsibility on our roads because their actions can have fatal results on the more vulnerable users of the road (pedestrians, cyclists, motorcyclists, etc.).

Instead of having the police enforce the law – or at the very least lowering city speed limits – police have taken the easier route by encouraging pedestrians to be responsible for protecting themselves from careless drivers.

It’s almost comical to hear a police spokesperson say “your life is at risk every time you cross the street”. I wonder if the thought crossed his mind that maybe we should do something about the root cause of the problem rather than trying to put a band-aid solution on top of it.

Copenhagenize’s Mikael Colville-Andersen highlights the irrationalness of our car-dominated society in his recent article that discusses “pedestrian flags” that are being trialed in Berkley California. It may sound like a joke, but it’s real.

The car is still king in this city and anyone who gets in its way should have known better than to mess with the king. Better days will be upon us and I hope we will look back at this article and laugh at how asinine we used to be.

6 thoughts on “Ignoring the Real Problem On Our Streets”