Only one week remains at the Copenhagen Climate Summit (COP15). Delegates from around the world are hoping to hammer out an international agreement to reduce greenhouse gas emissions. Environment ministers started arriving in Copenhagen yesterday and world leaders will be arriving this coming week.

With the Kyoto protocol expiring in 2012, the goal of the Copenhagen conference is for 193 delegates to agree on an agreement and framework to combat climate change.

Agreement isn’t worth the paper it is written on

It doesn’t matter – an agreement isn’t worth the paper it is written on. Remember when Canada ratified the Kyoto treaty and committed to reducing emissions to 6% below 1990 levels during the 2008-2012 period? By 2004 Canada’s emissions had ballooned to 27% above the 1990 levels. The United States didn’t even bother to ratify Kyoto but still managed to contain their emission increases to just 16% above 1990 levels.

Governments and individuals love to blame other people and countries. Prime Minister Stephen Harper blames China and other developing nations for making it unfair for Canada to sign on. Environmentally-conscious citizens love to point their finger at Stephen Harper for his inaction on climate change.

Ordinary people need to be willing to make sacrifices

Expecting your President or Prime Minister to singlehandedly solve the problem is like a hockey team relying on the coach to win the game. Yes, the coach does have the ability to implement a framework to build a winning team, but at the end of the day it is up to the players to rise up and win the game.

Canadians are addicted to their automobiles, large suburban homes, dirty electricity, and the wealthy economy thanks in part to the dirty Alberta tar sands.

How is it that the Danish government can get away with such outrageous taxation? Because the government is backed by the people and the people generally agree that automobiles should be taxed highly to generate revenue for alternative transportation options, including cycling infrastructure and public transportation.

Many Canadians aren’t willing to make a drastic change to their lifestyle by making real sacrifices to help reduce emissions. When it comes to the age old economy vs. environment debate, the economy always takes precedence.

As inconvenient as it might seem, throwing your tin cans into a recycling box isn’t going to solve climate change.

British Columbia is the only province in Canada so far that has implemented a carbon tax. Effective July 1st, 2008, BC’s carbon tax is revenue neutral, meaning all of the revenue generated by the tax is given back through tax cuts.

It’s a small step, but it can help encourage people to change their habits. The people of British Columbia showed their commitment to reducing emissions by supporting such measures.

In the weeks prior to the Copenhagen conference, several countries have set forth a commitment to reduce their future emissions. Norway has committed to cutting its emissions by 40% in 2020, South Korea by 30%, Russia by 25%. 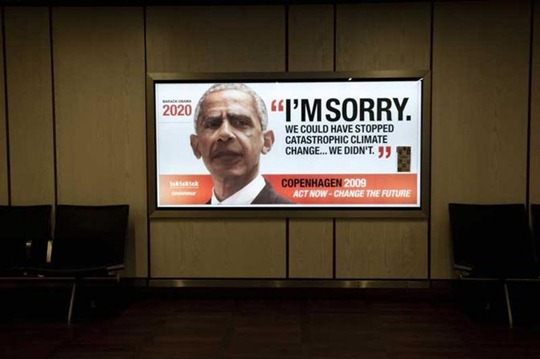 Stephen Harper had not planned to attend the conference but reversed on November 26th due to the pressure that manifested from China and the United States attending the conference and committing to specific targets.

Sure, there are pockets of people who are willing to make sacrifices – I see it every day here in Toronto. But in general, as a country, we are not willing to sacrifice our lifestyles or economy.

What’s laughable is Stephen Harper pointing his finger at China for its rising emissions. The irony here is that China’s rise in emissions are largely the result of the products they are manufacturing for North America.

Canada wants its cake and to eat it too.

The coming days will be a test to the conviction of our Prime Minister to make specific emission reduction targets, but the coming months and years will be a true test to the people of Canada to make real change rather than waiting for the government to act.

2 thoughts on “Copenhagen 2009 – We Have Ourselves to Blame”