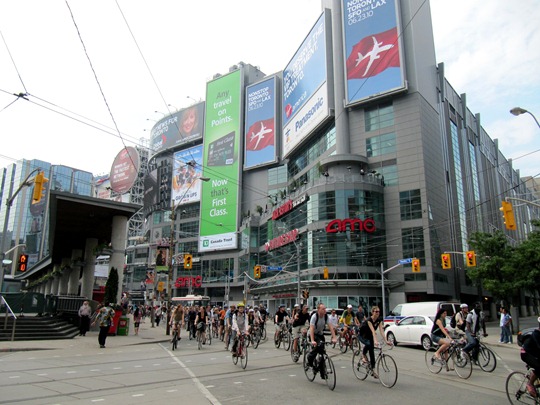 The outrage over how our government handled the G20 weekend in Toronto in June has begun to subside now that several reviews are under way to investigate how the Police handled the summit.

In light of these positive developments, I thought it would be appropriate to share a more positive side of the G20. The following photos were taken during a peaceful G20 bike rally on Sunday afternoon that I participated in.

Spirits were high while thousands of lovely Torontonians exercised their right to freedom of peaceful assembly using the best form of transportation – bicycles.

Many of the peaceful protesters that took part in the bike rally were protesting the G20 or advocating for the environment. Others were advocating for better infrastructure for cyclists, and some were just out enjoying a wonderful ride around the city.

After all, It’s not often Toronto cyclists have the streets to themselves. Why not enjoy it? 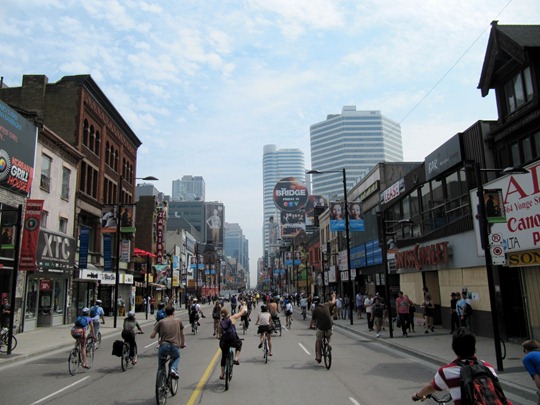 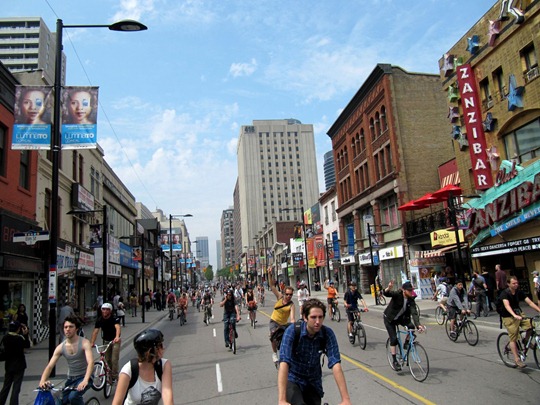 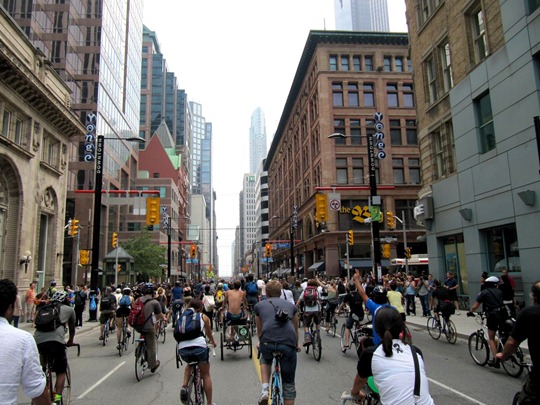 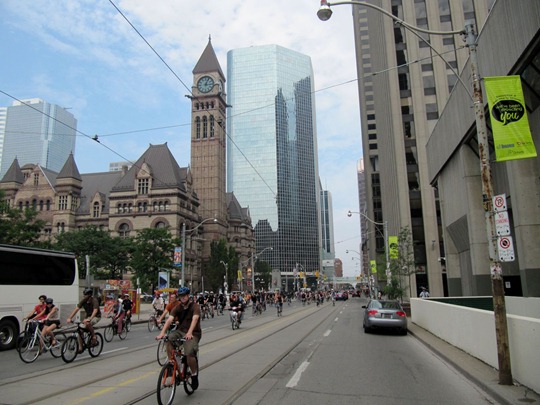 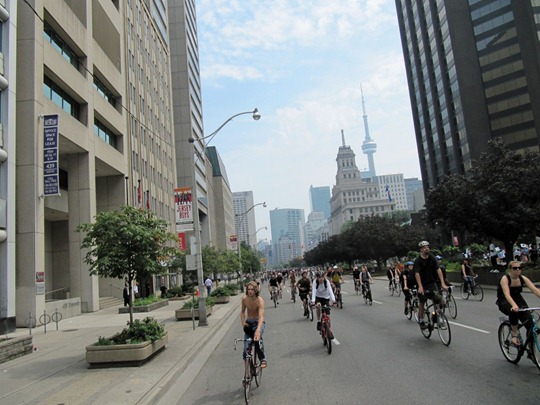 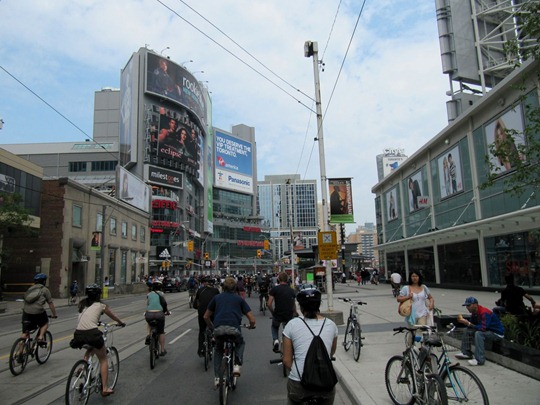 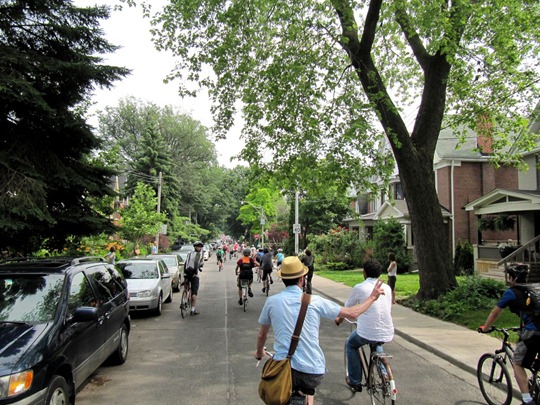 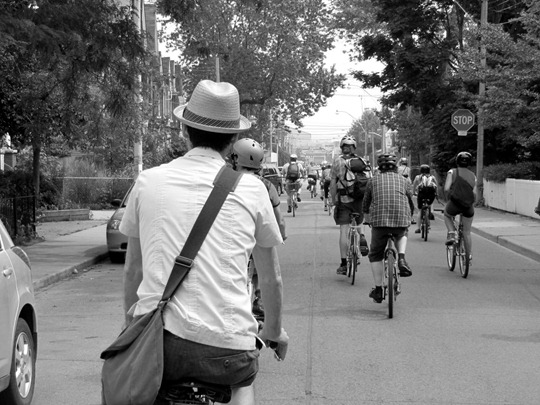 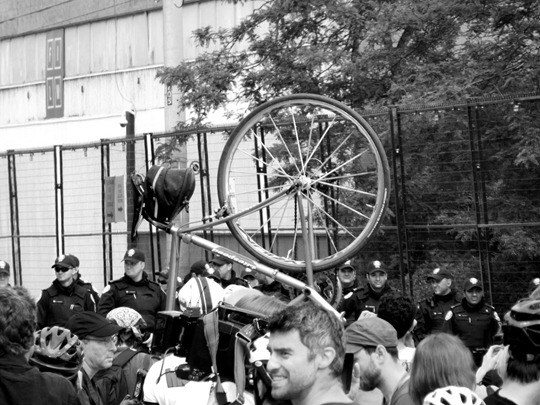 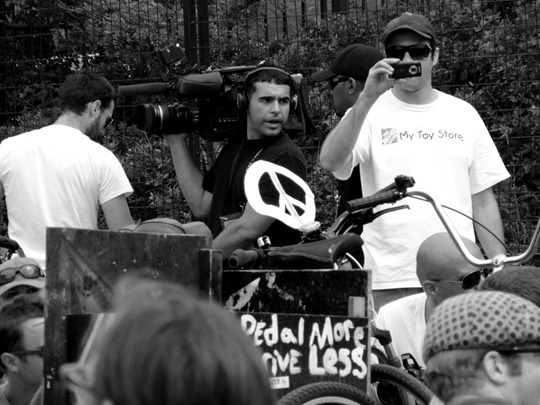